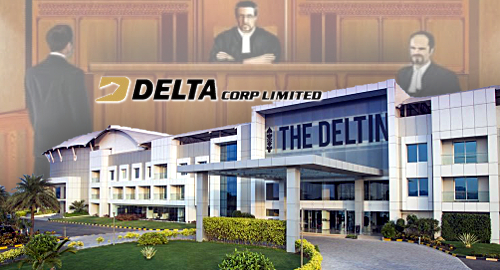 India’s largest casino operator Delta Corp is finally getting serious about launching gaming operations at its resort in the union territory of Daman and Diu.

On Thursday, Delta Hospitality Private Limited informed investors that it had filed a writ petition before the Bombay High Court against various branches of the government of Daman and Diu, including its Director of Tourism, in the hopes that the government will issue Delta a license to install and operate “games of electronic amusement/slot machines” at its The Deltin integrated resort.

Delta currently operates four casinos – three floating, one land-based – in the state of Goa, as well as the Casino Deltin Denzong in Sikkim, along with a recently added online ‘skill gaming’ business that includes the Adda52 poker site.

Delta opened its Deltin Hotel in Daman – the smallest of India’s federal divisions, located on the country’s western coast, a ways north of Goa – way back in 2014 but the resort’s casino floor has sat empty all this time, due to the local government dragging its feet on issuing the property a gaming license.

Besides Goa and Sikkim, Daman is the only Indian region to have approved casino legislation, but unlike the other two, Daman has yet to actually authorize any operator to commence gaming activities. In April 2017, Delta’s stock plunged on reports that Daman and Diu were considering ‘merging’ with the neighboring state of Gujarat, which not only bans gambling but also alcohol sales.

Delta originally envisioned its Daman property hosting up to 1,200 ‘gaming positions’ aka seats facing some kind of gaming, electronic or otherwise.

Delta, which recently celebrated its 10th birthday, is India’s only publicly listed gaming operator. In October, the company reported strong revenue and profit gains in its fiscal Q2, in part due to its Goa casinos poaching market share from smaller competitors.