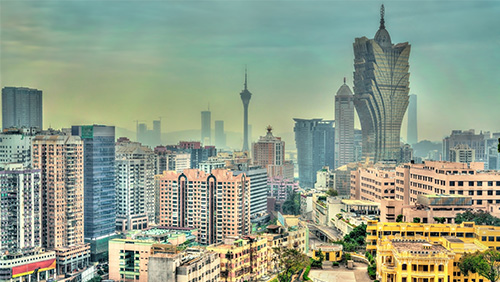 The subject of allowing non-locals to be employed as casino dealers in Macau has cropped up from time to time. The idea hasn’t been met with a great deal of enthusiasm by locals and that trend continued with its most recent utterance. After discussions started once again about bringing in outsiders to work at the casinos, the city has said thanks, but no thanks.

Lionel Leong Vai Tac, the secretary for economy and finance for Macau, said yesterday that the local government would keep in place its policy of only allowing locals to be dealers in area casinos.

To qualify as a local, one must have a Macau ID.

Leong stated, “…I have to reiterate here that just as the Chief Executive has stressed several times before on different occasions, the MSAR [Macau Special Administrative Region] Government is always maintaining its policy not to have imported labour to work as dealers. This position has not changed.”

His comments came following the most recent attempt to bring in outsiders, an idea that has popped up at least once a year for about the past seven to eight years. During a meeting of Macau’s Council for Economic Development this past Tuesday, the question was once again raised, leading reporters to ask Leong about his position on the subject Wednesday.

Opponents to the idea argue that bringing in outsiders could cripple the industry. They assert that it could prevent employees from being able to continue moving up the employment ladder, creating a stagnant environment. If the openings exist, they say, the positions need to be filled by locals that can help improve Macau’s economy, not send money out of it.

Macau’s chief executive, Fernando Chui Sai On, has prohibited the idea since he has been in office. During his reelection campaign in 2014, he reiterated his stance, saying that gaming operators were not allowed to import workers for the positions.

Leong added, “…for the local resident workers that are employed in this [gaming] industry, they will be trained…so that their upward mobility in the career path can be enhanced. As you know, the proportion of local residents working in mid- and senior-level management [in gaming industry] has already been increasing. So these efforts will continue.”