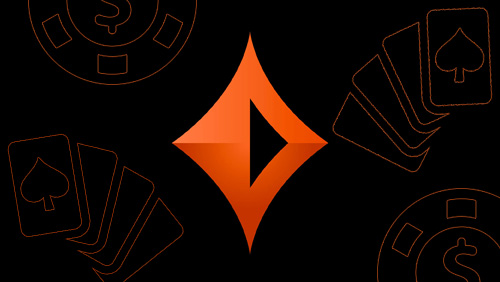 It’s not as if they had a flat tyre.

If No-Limit Hold’em is the Cadillac of poker, then in 2018 partypoker has been the Lamborghini Veneno Roadster, but it hasn’t stopped the pit workers from making wholesale changes for 2019 and beyond.

It began, two months ago, in a Rob Yong blog post called Random Comments, when the Dusk till Dawn (DTD) owner, and left lung of the partypoker revolution, declared his romanticism for the Freezeout format.

“I remember playing the original EPTs, the excitement sitting down at the start with hundreds of other hopefuls and famous faces, hearing ‘shuffle up and deal’ – the relief when I swerved an opponent’s nut flush draw, knocking out a top pro and him really being ‘out’,  the feeling of accomplishment making day 2, chatting at the bar with friends about all the hands I played and the anticipation of getting a good table draw on Day 2.

“Apart from the WSOP Main Event, most players don’t experience this nowadays, you can wander in anytime and register, if you have deep pockets or are staked you don’t worry about busting, and you can easily make Day 2 – just skip Day 1 and buy-in on Day 2! You don’t often get seated with a famous player as they tend to late reg, sometimes you can start with less than 10% of the field, and it must be soul destroying to bust Fedor Holz and have to bust him again…and again!”

Well, those inkblots have become a reality.

During an interview with John Duthie, the partypoker LIVE President responded to a question on the future with some revelatory insights. Although in truth, had I looked hard enough; I would have found them lying around on the partypoker blog like German beach towels on a sun lounger.

“If you ever need a researcher, give me a shout,” winked Duthie.

There will be four MILLIONS events in 2019.

The Picasso in each event will be a $10,300 buy-in, $5m Guaranteed MILLIONS Main Event. The MILLIONS Grand Final in Barcelona is defunct, as is the $25,000 buy-in MILLIONS World. Instead, a smaller buy-in MILLIONS World ($10,300) will become the new Grand Final of sorts carrying a $10m Guarantee (The new event replaces the Caribbean Poker Party, but continues to take place at the Baha Mar Resort in the Bahamas).

“Players seem to prefer freezeouts, so the intention is for headline MILLIONS events to now be 10K (local currency) freezeouts combined with an appealing schedule of side events. So no more re-buys and no more multiple starting days. Just pure and simple like the old days. Rio De Janeiro in March 2019 is going to be just incredible.”

Given how much the Brazilians love the game I expect the MILLIONS tournament in Rio to be one of the events of the year, and here are the schedule highlights.

Qualification for these events will be a combination of PPLive$ and online satellite qualification.

There will also be partypoker Grand Prix events and the events organised in partnership with the WPT and WSOP.

The WPT and WSOP Pick Up The Slack

Not bad for a concept that began with a 4 am discussion over a few beers between Yong and his right arm, Simon Trumper.

Moving from the live realm to the virtual one, and Simon “Fren96” Higgins had a profitable weekend winning the $2,600 buy-in $200k GTD Sunday Super High Roller.

Higgins blasted 93-entrants out of the water to secure the $62,275 first prize, the most significant sum of money he has ever won playing in a tournament on partypoker, and his fourth largest of an online career that has seen him win $1.9m.

A New Role For Trickett

Finally, if the poker action dries up, Sam Trickett could have another career as a trophy presenter.

The #1 All-Time Live Tournament Money Earner in the UK presented Team USA with the Mosconi Cup after the men from the land of guns, funny looking Presidents and huge meals beat Team Europe for the first time since 2009 in pool’s version of the Ryder Cup.

I’ll be presenting this trophy to the the winners of the @partypoker @MosconiCup later on. Who’s going to win? pic.twitter.com/CKfGgfNls8

In April, partypoker signed a deal with Barry Hearn’s Matchroom Multi-Sport to sponsor the Mosconi Cup until 2020.