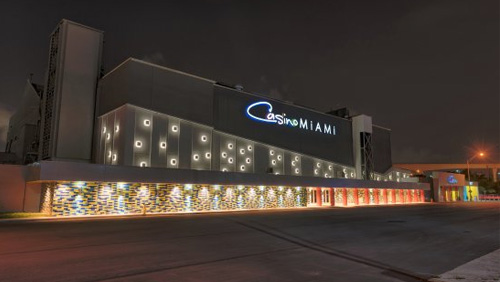 Phil Ruffin is well known in the casino industry as the owner of the Treasure Island Hotel and Casino in Las Vegas. The 83-year-old billionaire is looking to expand his domain and has now purchased the Casino Miami near the Miami International Airport in Florida.

The 200,000-square-foot casino is located less than 20 minutes from Downtown Miami. It features 1,000 “Vegas-style” gaming machines (and has a license for as many as 2,000) and an electronic table game area, along with live entertainment, live jai-alai and simulcast betting. The amount paid for Ruffin to acquire the casino was not released, but he said, “I look forward to entering the Miami gaming market through this acquisition. We have exciting plans for Casino Miami that we will be revealing in the near future.”

Casino Miami has 21 acres of land under it. It is located near the Doral golf resort, which is owned by Ruffin’s long-time friend and current president of the U.S., Donald Trump. Trump was Ruffin’s best man when he wed Ukrainian model Oleksandra Nikolayenko in 2008 and is also the recipient of serious contributions from the billionaire businessman. Both Ruffin and Trump, through The Trump Organization, own 50% of the Trump International Hotel Las Vegas.

Ruffin donated $250,000 to the Republican National Committee last year and also contributed $95,400 to the super PAC (political action committee) Trump Victory. He has given $500,000 to the Senate Leadership Fund, as well as another $100,000 to outgoing House Speaker Paul Ryan.

The casino’s former owner was Fronton Holdings, LLC. Its president, Dave Jonas, said of the deal, “We are proud of what Casino Miami has become and thank all of our employees and customers for their loyalty and support. We look forward to watching Casino Miami’s continued development under the new ownership of Phil Ruffin.”

The purchase follows a state referendum vote last month that removed power to decide gaming-relating issues from lawmakers and gave it to voters. Going forward, any new gambling expansion will have to be voted on by citizens. Commercial casinos remain banned and house-banked games, such as roulette and blackjack, are only allowed by the Seminole Indian tribe. Getting into Florida through Casino Miami is a way for Ruffin to develop a foothold ahead of any future expansion.