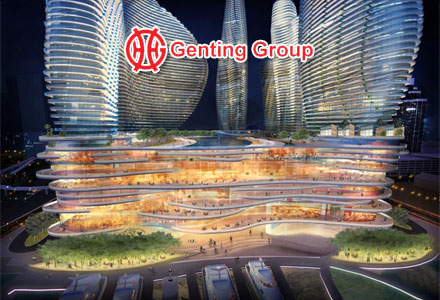 Genting Group is playing a new hand in its plan to bring Las Vegas-style gambling to South Florida. The Malaysian-based giant has spent $936,500 since April to form a Political Action Committee called “New Jobs and Revenues for Florida.”

The PAC is designed to sell the concept of Las Vegas-style casinos to votes in the Sunshine State. It is also designed to put a constitutional amendment on the ballot so ordinary Floridians could decide and the Florida legislature wouldn’t have any say. A public vote would decide whether to expand gambling in respective counties and allow each county to bid for one of three casino licenses.

In an interview with innovategaming.com, committee spokesperson Brian Hughes said,“New Jobs and Revenue for Florida is an exploratory effort to consider whether or not there are ways to have more entertainment options in Florida.”

“Our state is a world-renowned destination for visitors. If entertainment companies are willing to make investments here, creating thousands of jobs and providing new revenue to local and state governments, Florida would be better for it,” he added.

Hughes wouldn’t comment specifically on what Genting has been doing and whether they’ve taken polls to gauge public opinion on allowing destination casinos in Florida.

Running a campaign to amend Florida’s constitution is a huge undertaking. To pull it off, the committee would have to gather the signatures of over 600,000 voters, win Supreme Court approval of ballot language – and spend multiple millions on a statewide advertising blitz to secure the approval of at least 60% of the voters casting ballots.

Notwithstanding Genting’s appeals to Florida voters by promises of employing tens of thousands of workers, the gaming giant’s opposition is already mounting a counter-attack. Former state senator Dan Gelber, Chairman of “South Florida No Casinos,” recently stated in an interview, “It’s offensive that a foreign gambling conglomerate thinks that they can buy a rewrite of Florida’s Constitution. The voters have repeatedly said ‘no,’ the Legislature has said ‘no,’ and now they think they can buy their way into our state.”

Genting’s Miami-based subsidiary stopped short of saying a petition drive was in the works.

“Our contribution to New Jobs and Revenue for Florida is simply one more example of our commitment to exploring how to enhance entertainment and hospitality choices here,” Resorts World Miami spokesman Corey Tilley said in a statement on Friday to the Miami Herald. “Job creation and expanding economic opportunity for the people of Florida are goals we are proud to support.”