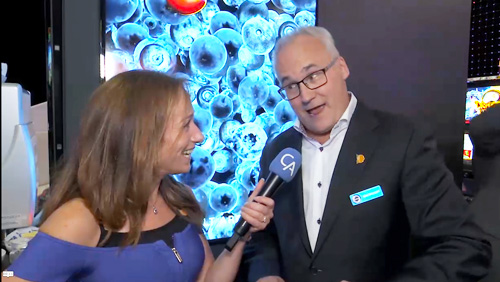 The release of ‘I like big BUCK$’ slot game is set in the first quarter of 2019, but already the response has been very encouraging, according to Bluberi CEO Mike Starzynski.

“We’re so excited, and so far, the feedback has been, ‘We cannot wait. We cannot wait.’ And they’re saying, ‘Can’t you get it out earlier?’ We’re saying, ‘Hey, we’ve got some finishing touches to do, and to make sure everything’s good.’ That’s the other thing that Bluberi does do. Because we make sure the product that we push out there and get out there is nice and clean, and it works and it’s efficient, and works for our customers,” he said.

The game they had initially developed was a completely different one from when Sir Mix-a-Lot came into the picture. Starzynski remembered asking, “‘How can we spice up the game, make it really, really exciting?’”

His account manager for Washington, Judy King, suggested Sir Mix-a-Lot as one of the local heroes to consider. “So that’s how it all started. And we said, you know what? We’ve got to put some great twist to this game. This is not the same game. This is so different. The video, the soundbites are all really, really exciting. And what we’re trying to do is get the player, players that really love this character, to sit at the game, and enjoy it. It’s not a game for the big winners, you know, the big gamblers. This is a game of entertainment where you see people sit down and just immerse themselves in the game,” Starzynski said.

What makes the game stand out, Starzynski said, was Sir Mix-a-Lot himself. “Our guys love working with him. What he does, he interacts with people. He’s a real, what I call, personality… I’ve been on conference calls with him, and the personality comes out. He says, ‘I love this, I love this,’” according to Starzynski.