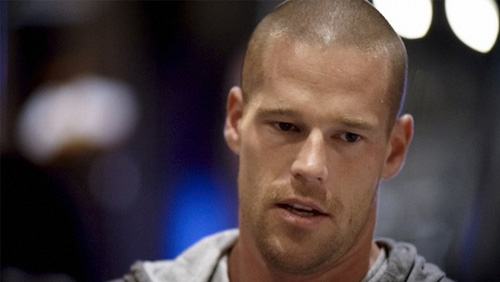 Finland’s high stakes poker star, Patrik Antonius, continues his tour around the world with a visit to India, and the Indian online poker room PokerBaazi announces their latest ‘Game Changer.’

People born in Finland during the 1970s are at risk of catching measles after The National Institute for Health and Welfare admitted that vaccinations were a bit spotty given the rarity of the infection {no pun intended}.

Government Ministers and Doctors are urging Finnish people born in that era to book an appointment for a jab, pronto.

We can’t have that pretty face covered in bright red blotches.

You can hardly call 2018 a Breakout Year for the high stakes genius, but with close to $5m in live tournament earnings, more than double anything he has earned in an annual haul before, we could tread footsteps in that direction.

Something’s brewing and I’m not talking about my mother-in-law’s artichoke tea. Antonius has played everything this year from the HKD 2m Super High Roller Bowl China (where he finished second to Justin Bonomo for $3.1m) to the €550 Battle of Malta (where he earned the inside of a balloon) to the 3-man €25k Super High Roller at the Master Classic of Poker in Amsterdam (winning more air).

So where is the man the Gods carved out of the prettiest stones in Eden?

According to a much better piece than this written by a scribe over at CardsChat, Antonius, is on the Deltin Royale Casino in Goa as a guest of the Indian online gaming company Delta Corp Ltd.

Delta Corp Ltd is celebrating ten years in the business with a lavish party full of pretty looking food, expensive poisons and a variety of high stakes gambling action.

Adda52 is hosting the poker game.

Bollywood stars are in tow.

And right in the middle of the lot is a man who might have measles.

I ought to smack his bum.

Can, I, please, smack his bum?

Adda52 is the largest online poker room in India.

{Note, those numbers look so tiny, I have almost certainly cocked this up}.

The date of the event is as shrouded in mystery, as the contents of Antonius’s measles vaccination.

It will be the fourth PPL.

The winner of the leaderboard race wins a Harley Davidson.