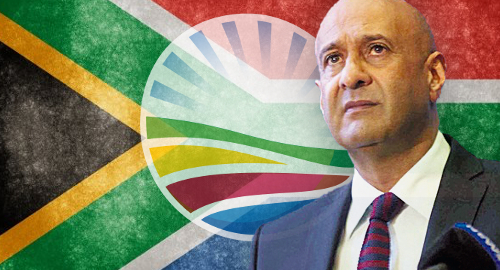 South Africa’s online gambling prohibition is being mocked by the country’s largest opposition party as the government prepares to vote on new gambling legislation.

On Wednesday, Ghaleb Cachalia, the Democratic Alliance (DA) party’s Shadow Deputy Minister of Trade and Industry, issued a statement mocking the ruling African National Congress (ANC) party and the Department of Trade and Industry (DTI) for hatching a plan to “ban the internet to stop online gambling.”

Cachalia (pictured) claims that Section 54 of the existing National Gambling Act ensures that the nation’s gambling and betting industries are “not closed off to competition but subject to normal market conditions.” But the ANC’s proposed revisions to the Act would grant regulators new powers to punish both online gambling operators and their customers.

Cachalia quoted DTI Minister Rob Davies’ 2016 comments about seizing the winnings of gamblers who wager with internationally licensed gambling sites. “We may not be able to stop you when you play the game, but when you win, we get you.”

Cachalia then contrasted Davies’ words with a quote by MacDonald Netshitenzhe, chief director of the DTI’s Consumer and Corporate Regulation Division, who claimed “we can stop online gaming – by banning the internet.” Cachalia called Netshitenzhe a “genius’ for making this observation.

Cachalia called online gambling “a thriving industry with a constantly growing number of fans,” and claims the DTI’s parliamentary committee had crafted a report that held “a strong view” that any revisions to gambling laws “should look at gambling holistically, including online gambling.”

Indeed, the comments submitted on the Act prior to its adoption by the DTI committee included a recommendation by regulators in the country’s largest gambling province (Gauteng) that the country’s online prohibition “has failed and it might be time to consider regulation of interactive gambling.”

Cachalia further trolled Davies by questioning his motivation for opposing online gambling liberalization, which Cachalia qualified by claiming that he would “never make an allegation of dishonesty when a simple explanation of stupidity will suffice.” Cachalia closed by saying the DA “cannot support this bill.”

While Cachalia may have enjoyed his public slamming of Davies’ gambling stance, the truth is that the ANC holds a strong majority in the National Assembly and doesn’t require the DA’s support to approve the amended legislation.

DA members have on multiple occasions introduced legislation that would expand South Africa’s current gambling laws – which permit only online sports betting by domestic firms – into a more comprehensive full-spectrum online gambling market but these efforts have all died from lack of ANC support.