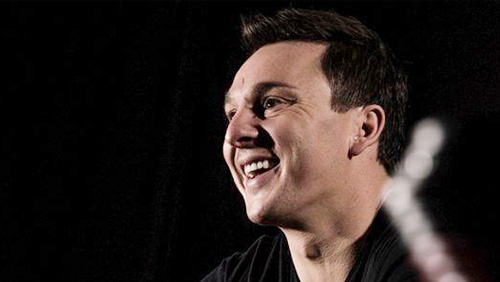 An update from the $20m GTD partypoker MILLIONS Online, as the event exceeds $10m in prize money after the first two flights, and Sam Trickett is a big winner in an online Pot-Limit Omaha game.

partypoker is after fingernails.

It doesn’t matter what they look like, how they smell, and you don’t even need a full set of them.

But they need keyboard tapping fingernails.

Four thousand of them.

The ten largest online poker tournaments all took place on PokerStars with the record held by the $215 buy-in Sunday Million 10th Anniversary that somehow managed to pull in 62,116 entrants back in 2011.

It was a record that partypoker wanted to smash. There’s no doubt about it, Tom Waters, Rob Yong and co., wanted PokerStars to look like a troll with hairy ears, the moth dying on Virginia Woolf’s windowsill, a second class stamp.

It was always going to be a challenge.

The previous biggest $5k online event only pulled in 2,443-entrants, creating a $12,215,000 prize pool, second only to the 10th Anniversary Sunday Million. (The 2010 World Championships of Online Poker (WCOOP) Main Event). And the best partypoker had ever managed was last year’s MILLIONS Online when Jon “sordykrd” Van Fleet won the $1,027,000 first prize after conquering a field of 1,047 entrants.

As I said, it was always going to be a challenge.

Quite why partypoker went for $20m instead of $15m, for example, was a mystery until partypoker MD, Tom Waters, spoke to PocketFive’s Lance Bradley recently.

So the target is $20m, and Day 1A was a success with a record-breaking 1,574 entrants forking out $5k to try and becoming a part of poker history. Day 1B is also in the books, and 484-entrants means the running total now stands at 2,058 entrants making it the second most attended $5k in online poker history.

But that’s not the critical number.

partypoker see more last-minute pushes than the entire NHS midwifery unit, but I can’t see a new record being born, not in this event.

The most significant portion of the online satellite qualifiers played Day 1A, and that means we only have the slew of people jumping onto the last train satellites and the people who flick $5k into a poker tournament with the nonchalance of me flicking a 2p into one of those arcade games on Blackpool Pier.

Here are the remaining flights:

They already have an A+ for effort; we will have to wait and see what the final grade is.

The winner is guaranteed to bank $2.5m, and partypoker will be praying that it’s not a Sit n Go jackpot winner (as the prize doubles).

73 players made it to Day 2 of the Online MILLIONS and that included Sam Trickett, and that makes it a profitable weekend for the UK Number One All Time Live Tournament Money Earner after he walked away from a game of $200/$400 Pot-Limit Omaha (PLO) online in Trickett’s Room, $300k the richer. Dusk Till Dawn (DTD) owner Rob Yong also walked away with $300k+ in profit. At one point in the game Matt “SwordfishAA” Kirk was sat with more than $600k in front of him.

It was poker’s version of UK Gold.