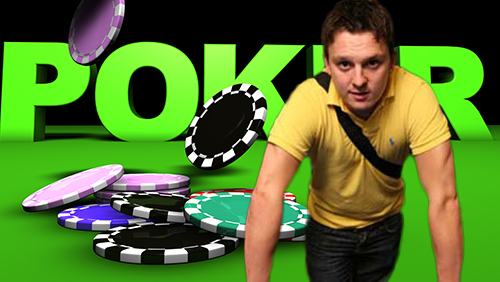 Partypoker has released three new Sit & Go formats including the opportunity to win a million dollar first prize in a new game branded in the name of their newest recruit, Sam Trickett.

In a year that has seen more seven-figure scores handed out in poker than at any other time in history, the online giants are getting in on the action.

Named after their newest ambassador, Sam Trickett, you can now win the $1m jackpot when you compete in $100 buy-in Trickett’s Hero games.  And if you eliminate the bounty en route to that huge prize you also win an additional $100,000 making it the most lucrative hyper Sit & Go format in the world. Everyone else sitting at the table during the time of the win will pick up $50,000.

A different player becomes the bounty each game.

Talking to the press about the new format Trickett promised to be in the thick of the action over the Christmas and New Year period and vowed to personally double the bounty should anyone eliminate him when he is the bounty during the action.

Partypoker hasn’t stopped there with the Christmas innovation.

Power Series Hero follows the same branding lines as the boxing theme partypoker adopted in the wake of the Carl Froch signing and is designed to give amateurs a taste of the good life.

Unlike Trickett’s Hero games, Power Series Hero offers 3-handed action minus the bounty. The buy-in is $10, and the prizes are tickets into larger prize pool tournaments such as The Contender, The Uppercut, The Main Event and the High Rollers.

The MILLIONS Hero games adopt a similar format will players competing for a seat in Europe’s largest live tournament – the partypoker MILLIONS. The action is 3-handed. The buy-in $10. There are numerous satellite tickets up for grabs. One lucky winner in 100,000 will win a £5,200 partypoker MILLIONS seat.

The £6m Guaranteed event, promising £1m to the winner, first hit the live circuit in 2016 when Troy Quenneville came from absolutely nowhere to win after beating his fellow countryman Erik Cajelais in heads-up action.