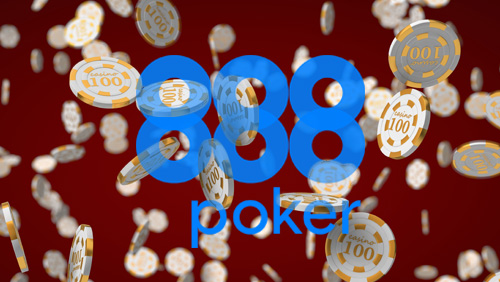 888Poker follows in the footsteps of PokerStars by offering a million bucks to lucky winners of their hyper turbo lottery game, BLAST Poker, starting on Boxing Day.


Like most teenage boys in the modern world, mine loves EA Sports FIFA franchise. Only he doesn’t enjoy playing as much as he enjoys purchasing ‘packs’.

Players begin with a crap side containing Joey Barton, Barry Horne and Damien Duff. They buy better players through the accumulation of virtual coins, or if you are as soft as me, your kid will get you to buy ‘packs’ containing a random selection of players.

The randomness of the draw is the hook. Will the pack contain Lionel Messi, Cristiano Ronaldo or Tom Huddlestone?

And it’s this randomness that makes BLAST Poker so addictive over at 888Poker.

Who Want’s to be a Millionaire?

If the randomness effect wasn’t enough, 888Poker has taken a leaf out of the PokerStars playbook to make the game even more delectable. In the week where PokerStars crowned a 16th Spin & Go millionaire. 888Poker are rolling out their million buck promotion.

Beginning on Boxing Day and running UFN, when you sit down to partake in a spot of 888Poker you could win $1m. BLAST Poker is Spin & Go with a twist. Not only are you unaware what the prize pool is until you start playing when the BLAST countdown timer runs out all of the players are all-in, and pure luck determines the winner.

While the purists will be puking into their pail. I think this concept is pure genius. Recreational players might say they prefer to try and win the thing through their skill, but I think everyone loves a spin of the wheel so to speak, and when you add a million bucks on the end of that? Well, that’s the difference between a tingle down the spine and multiple orgasms.