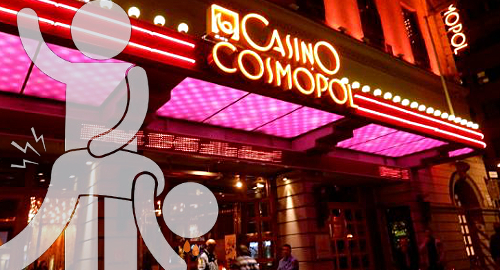 On Tuesday, Sweden’s Lotteriinspektionen gaming regulatory body announced that it had imposed a SEK8m (US$881k) penalty on Casino Cosmopol, a wholly owned subsidiary of Svenska Spel, for “failing in its efforts to counter money laundering and terrorist financing in all areas investigated.”

Lotteriinspektionen also announced that Casino Cosmopol’s “deficiencies are serious and in many cases systematic. The risk is therefore high that the casino may have been used for money laundering.” Casino Cosmopol operates gaming venues in four cities; Stockholm, Gothenburg, Malmö and Sundsvall.

For one thing, all video surveillance footage at the casinos was automatically deleted after seven days, making it difficult to track individual gamblers’ activity. Casino Cosmopol also makes over half its revenue from slot machines, but the regulator claims the company doesn’t assign staff to monitor slots play like they do for table game activity.

The company was also found to have justified one customer’s high spending due to the customer operating a restaurant that handled SEK12m in annual sales. However, the regulator said the company should have judged this customer’s spending ability by his taxable income rather than his restaurant’s turnover, particularly given that operation’s “cash-intensive activities.”

Lotteriinspektionen noted that Casino Cosmopol had applied for a new license under Sweden’s newly regulated gambling market that takes effect on January 1, 2019. However, the regulator cautioned that the company would need to demonstrate an enhanced approach to AML compliance if it hoped to see its license application approved.