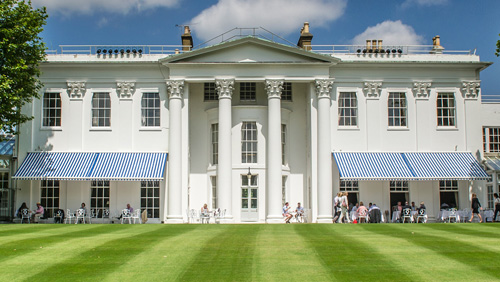 The Hurlingham Club in West London in the UK has been popular with celebrities and royalty alike. It recently came up with a terrific idea for December that would see the club host “one of the most glamorous parties of the Christmas season.” The club plans on holding a casino night, giving teenagers from 15 years of age and up the opportunity to play a little poker. The idea has

gambling opponents in a tizzy.

The festivities are open to teenagers between 15 and 19 years of age. The poker tournament involves no cash, just chips, and players are encouraged to think like “James Bond” and to have their “poker faces and lucky charms at the ready.”

One opponent, Lord Chadlington, is no stranger to the gambling community. He has campaigned for legislation that is designed to protect children from gambling and now accuses the club of contributing to the normalization of gambling in the UK. He adds, “Children are being groomed to gamble. We must pay much more attention to the serious effects of gambling-related harm and this reinforces the need for urgent action, particularly to protect children.”

The timing of the announcement of the event is perfect, and maybe even a little comical. The details came to light just a few shorts days after the UK Gambling Commission released a report that shows that the number of children with gambling problems has risen four-fold in two years to reach 50,000. The commission added that over 450,000 children gamble on a regular basis—more than those who have consumed alcohol or drugs, or even smoked cigarettes.

The Bishop of St. Alban’s, and the lead on gambling for the Church of England, states, “In light of the Gambling Commission’s findings this week an event like this seems staggeringly ill-conceived. For tens of thousands of young people gambling has already become a dangerous habit, sometimes with serious consequences. We need to recognise the damage gambling can do, so I regret any attempts to normalised gambling among teenagers.”

The event should be a great time for everyone. What many don’t realize is that exposing the teenagers to poker can actually help quell the curiosity some would otherwise have with the “forbidden fruit” created by overbearing laws. For those teenagers who are thinking of attending, remember to keep your cards close to your chest and that a full house beats a flush.