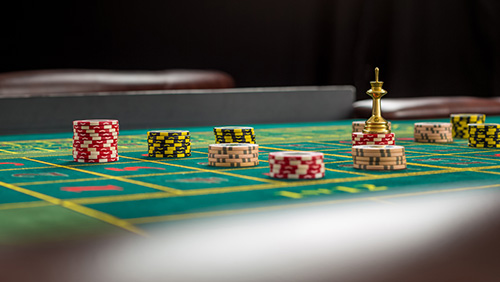 Rob Reid is the 52-year-old General Manager of two casinos in Gardena, Lucky Lady and Hustler. He admittedly spends more time behind the poker scene than in front, but decided to take a break from the rigors of the job to participate in the friendly tournament. He did so never expecting to win.

The tournament had $10,000 up for grabs and, after eight hours, Reid was awarded the victory. After playing out a field that contained 111 entries, he and the other three finalists agreed to chop the pot. With Reid as the decisive chip leader, he was given the lion’s share, with the remainder of the pot split among the other three.

Instead of taking his $2,000 and riding off into the California sun, Reid decided to put it to good use. He immediately donated it to the Red Cross Disaster Relief Fund for first responders in Southern California. Among those first responders are the many firefighters that have been tirelessly battling out of control wildfires in the state.

He said after making his contribution, “I watched the devastation on television. The firefighters put their lives on the line. It’s a tragic thing. I was just trying to help.” He jokingly added that the other players weren’t as generous, deciding instead to donate their winnings to themselves.

Reid has been running the show at the two casinos for about a year. He was a little rusty going into the game, having been absent from poker tournaments since 2015. However, he started strong and never let up. On his first hand, he scored pocket Queens and already had his eyes on the finish line. “It’s a good hand to sit down on,” he said.

He almost didn’t make it to the winner’s circle. About halfway into the tournament, he went deep with A-J, only to find himself looking at an A-K combo. He scored a Jack on the river for a slight edge, but a King on the turn dampened his dreams. The river would be the savior, however, as another Jack appeared to give him a set.

That pretty much sealed the deal, but he continued to score several key hands, including a club flush win and another A-J victory. Although he went into the tournament expecting to lose, he emerged as a winner in more ways than one.