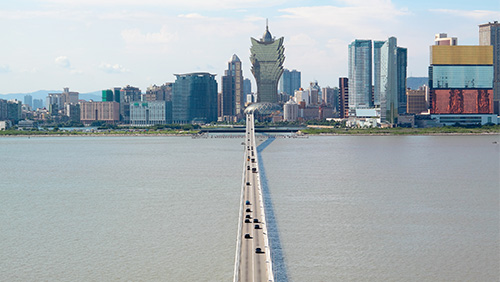 According to a report by the Macau Statistics and Census Service (DSEC, for its initials in Portuguese), Typhoon Mangkhut caused more losses than previously announced. Shortly after the typhoon hit the area in September, it was announced that Macau’s gaming revenue for the month had been spared. It has now been revealed that the city incurred losses of $192.1 million, of which $119.02 million belong to the casinos through “indirect” losses.

According to the organization, “DSEC collected data from various sources for analysis and estimation, including relevant information provided by different government departments, historical data on business performance of different economic activities derived from the DSEC database, assessment of damages on buildings through on-site inspection by DSEC enumerators, and estimation of losses gathered from some affected enterprises.”

DSEC indicated that the estimate it provided on the economic losses was calculated on the losses suffered by businesses, homes, vehicles, certain public services and municipal facilities. It further stated that Macau had been well prepared for the storm, which helped to minimize the damage to the local economy.

The casino sector suffered the greatest impact. Next were retail, wholesale and catering activities, which incurred direct losses of $30.8 million. The hotel sector took a $13.8-million hit and construction saw losses of $11.65 million.

While the forced closure was the first in 16 years, it may not be the last. Shortly after Mangkhut rolled in and out of the region, the Macau government reportedly began discussion on introducing legislation that would make closures mandatory when the city is faced with public emergencies. However, no decision on the subject has yet been finalized.

Typhoon Mangkhut was a “signal 10” storm, the strongest and deadliest classification for typhoons. It came through right around a year after another typhoon, Hato, struck the area, killing ten and causing half a billion dollars’ worth of losses to the economy.