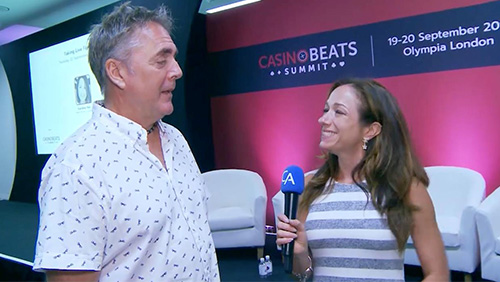 CalvinAyre.com’s Becky Liggero recently spoke to Casinomeister Director Bryan Bailey, who drew from his decades of experience in the online gambling affiliate industry to discuss what players really want.

Bryan Bailey’s Casinomeister recently held a survey to determine what players are looking for. In his words, “What they really want are fast payments, payments that are locked, so they get them right away. They’re looking at also getting VIP bonuses, this sort of thing.” He also learned that “what they don’t want really is the gamification that you’ve been seeing that’s been coming up, like a lot of these casinos coming up with ways you’re going to achieve different levels of players, player status, this sort of thing. They’re not looking for that, which I thought was kind of surprising, because I thought we had a younger player base who were into video games.”

Through his site and the network it provides, Bailey is able to give players what they need. “They come to Casinomeister, they get whatever information they want out of it. A lot of it is the interaction between the players themselves, so they can find out information,” he said.

He noted that as smaller companies find it difficult to thrive in the competitive environment, they opt for consolidation with other companies. According to him, “A lot of the smaller affiliates are really having a hard time competing, so they’re just selling off their sites, and it’s an opportunity for them. It’s great. There’s a lot of consolidation, but there are opportunities for new affiliates as well. There’s a lot of things they can do… really just starting off a new niche, something that hasn’t been done yet.”

An effect of such consolidations is the raising of revenue shares being demanded by affiliates, which Bailey says is “not viable.”

Having been a panelist in the recent Betting on Sports conference, Bailey said there was much value from attending such events. In fact, “that’s how I really got Casinomeister off the ground. Way back in 2001, I started going to these conferences… I was meeting people back then who were the ones who were the CEOs from different software companies, operators, people who were really running the industry. And I was able to start writing a lot about the conferences, doing a writeup before and afterwards. I was getting press passes because I became a media partner, which was free. I became a media partner, they put your logo on the site, and then you come to the conference, you write about it, you meet people, and you’ll have a lot of really great content, because you’re getting it firsthand, from whomever.”

How affiliates should approach the US market, with Bryan Bailey
Video
25 November 2019