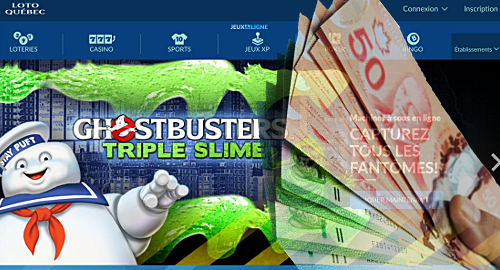 Quebec’s provincial gambling monopoly reported a nearly one-third increase in online gambling revenue through the first half of its current fiscal year.

On the individual product level, Loto-Quebec’s lottery revenue was up 15.6% to C$467m, casino revenue was essentially flat at C$453.7m while the ‘gaming establishments’ segment fell less than 1% to C$485.5m as the government continues to lessen its reliance on video lottery terminals in bars, clubs and bingo halls.

In July, Quebec’s Superior Court ordered the province to scrap its proposal to force local internet service providers to block the domains of Espacejeux’s internationally licensed competitors. This plan was part of the province’s controversial Bill 74, which was approved in 2016.

The court deemed Quebec’s plan to be an unconstitutional intrusion into the federal government’s areas of responsibility. The court also rubbished the province’s claims to be acting to protect the health of Quebec residents, saying it was a clear protectionist impulse aimed at boosting Espacejeux’s revenue.

But Loto-Quebec appears not to have gotten the message. It’s H1 report references the online gambling amendments to the Consumer Protection Act first outlined in the province’s budget speech of March 2015, and claims that these new powers “will come into force on a date to be fixed by the [provincial] Government.”

Meanwhile, Loto-Quebec is finally giving up its luxury suite at the Bell Centre, home of the NHL’s Montreal Canadiens. On Monday, the Montreal Gazette reported that the gambling monopoly had opted against renewing its current seven-year contract to rent the suite when it expires on August 31, 2019.

The taxpayers who fund Loto-Quebec’s operations paid over C$315k to rent the suite in the 2017-18 year. Most of the province’s other government agencies have already shed their luxury suites, although Loto-Quebec’s Société des casinos du Québec subsidiary has a suite booked through 2021. We eagerly await the press release about how watching Les Bleu-Blanc-Rouge from a ritzy box separated from the general riff-raff is intended to improve the health of the casinos’ high-rolling guests.