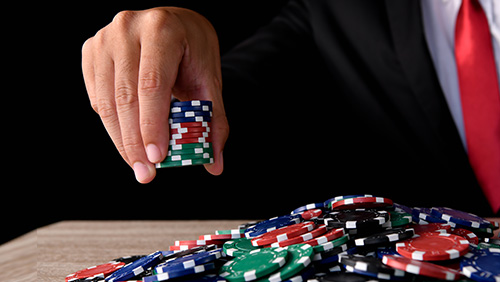 Another round-up from the 2018 World Series of Poker at the King’s Casino in Rozvadov as Norbert Szcécsi wins his second career bracelet, and Shaun Deeb inches closer to his Player of the Year title.

The 2018 World Series of Poker Europe (WSOPE) has torn through another event like a male rabbit tearing through a field full of female rabbits, and I can report that nobody from Israel won a bracelet for a change.

This time Szcécsi managed to overcome the block, skill deficit or pure luck that prevented him from crossing the finishing line first by picking up the win in Event #6: €1,650 Pot-Limit Omaha / No-Limit Hold’em Mixed.

Szcécsi defeated a field of 241-entrants, most notably beating Shaun Deeb, heads-up, preventing the American from claiming his fifth WSOP bracelet and the 2018 WSOP Player of the Year award.

The lad even scored a Royal Flush at the final table for good measure.

The Hungarian’s career-high score came in August when he earned $731,716 for finishing second to Max Silver in a €10,300 High Roller at the PokerStars European Poker Tour (EPT) in Barcelona.

Deeb’s second-place finish means he is not mathematically certain to win the Player of the Year award, but with most of the front-runners not in Rozvadov, it’s going to need something pretty spectacular from the likes of Anthony Zinno or Romain Lewis to prevent Deeb from seeing his banner hurled into the Rio rafters.

Here are the updated scores: