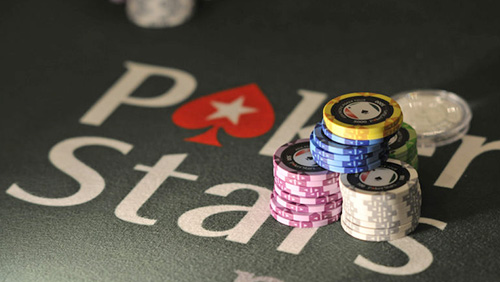 Four more Platinum Passes emerge from the PokerStars Platinum Pass Adventure promotion, and PokerStars India bust out a brand new tournament series with a trip to the Bahamas playing the role of dangled carrot.

Ralph Waldo Emerson once said that we should finish every day and be done with it.

“You have done what you could; some blunders and absurdities no doubt crept in; forget them as soon as you can,” said Emerson. “Tomorrow is a new day; you shall begin it well and serenely, and with too high a spirit to be cumbered with your old nonsense.”

I am making a blunder, daily.

I don’t seem to be doing anything about it.

In January, PokerStars will host the most exciting live poker tournament since the World Series of Poker (WSOP) decided that playing poker for a million bucks was no big deal.

The $25,000 buy-in PokerStars’ Player’s No-Limit Hold’em Championship (PSPC) will hand out gazillions to those fortunate enough to cash, and the team behind the project have been handing out seats like Santa hands out Barbie dolls to homes full of little girls.

I get the vibe that not everyone understands how much value has been confettied around the world this past year. I don’t, and I write about it every month.

In the latest promotion, Stars gave several  $30,000 Platinum Passes to trusted members of Team Pro and asked them to devise ingenious and intelligent ways to hand them out, and Igor Kurganov and Liv Boeree took that task quite literally.

In their challenge, poker’s Posh & Becks decided to narrow the field by excluding anyone who thought seahorses were called horsefish, folk who can’t figure out the difference between the number zero and the letter zero, and the guy who shouted down to his mother where’s the strap-on after spending 15-minutes unsuccessfully looking for his knee support.

The winner of this challenge needed to be smarty pants.

That’s why I didn’t enter.

WaitButWhy scribe, Tim Urban, joined the lovely couple to choose a winner. The three of them couldn’t pick one, so they picked two.

Congratulations to David Corkett and Natalie Teh.

Corkett has earned $37,966 playing live tournament earnings, his best performance being a fifth-place finish in a 440-entrant £220 No-Limit Hold’em event at the Empire Casino in London back in 2012.

That name may sound familiar to you.

In August, Sheaves defeated 127-entrants to win the $282,113 first prize and a WSOP bracelet in the $10,000 No-Limit Hold’em Global Casino Championships in Harrah’s Cherokee, North Carolina. In 2013, he won a WSOPC gold ring after beating 173-entrants in a $365 No-Limit Hold’em event at Horseshoe Southern Indiana.

The WSOP bracelet and ring owner created a game called ChessDraw, where a player receives a playing card each time they take a piece. Players gain more cards for taking stronger pieces, and once they have seven cards, they can keep playing, and discarding until they are holding a straight or higher, at which time they can demand a showdown.

Sheaves has won over $700,000 in live tournament results.

Daniel Negreanu: Who Do You Play For?

Daniel Negreanu wanted his contenders to show him how important service was in their lives.

Top of the list for Jordan Matthews of Ireland.

Matthews submitted a video describing his work for The Comfort Zone, a male suicide prevention service in the UK, and MIND, a mental health awareness service. In that video, Matthews promised to distribute any winnings he may receive at the PSPC equally between both charities, meaning he will leave his once in a lifetime experience without a bean, but a most beautiful declarative memory.

Negreanu was so impressed with Matthews submission he donated $2,500 to each of Matthews charities of choice.

And PokerStars isn’t done yet.

There are still around a hundred of the things to give away, and PokerStars India has one in their mitts.

PokerStars is planning to run an online tournament on PokerStars India called Diwali Rush. During the event, there will be a special Mega-freeroll, with the winner claiming a Platinum Pass. To be included you need to compete in three Diwali Rush events.

The winner of the event will join Sumit Sapra who collected his Platinum Pass after winning a Flipout contest during the Asian Pacific Poker Tour (APPT) series in Korea.

There are also five Platinum Passes up for grabs for the member of the winning team in the Global Poker League India.