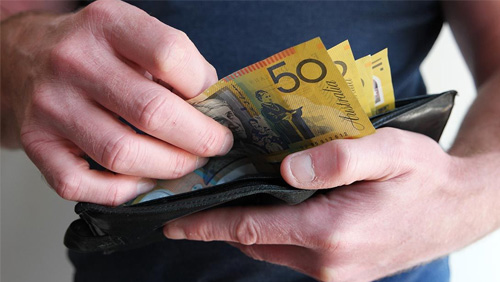 Most people go to casinos in an effort to pick up some extra spending cash or, if they get really lucky, hit a major jackpot. It’s baffling, then, why a number of individuals would walk away without collecting their winnings. That’s what has happened in New South Wales (NSW),

and the unclaimed money was put to very good use. It helped pay for a movie.

According to state law, the government has a significant amount of leeway when it comes to unclaimed gambling winnings. Virtually the only stipulation is that the money be used for “community benefit.” When gamblers left behind their winnings, they were added to NSW’s Community Development Fund (CDF), which is managed by the Office of Responsible Gambling. The fund is financed through unclaimed gaming machine tickets and unclaimed machine jackpots.

The fund donated AU$850,000 (US$602,295) for the 2017 film, Bleeding Steel. The movie starred martial arts master Jackie Chan, who at one point had to fight the enemy poised precariously on the sails of the Sydney Opera House. The sci-fi thriller was a complete disaster, with the South China Morning Post stating, “With this one [Chan] hits a new low in terms of the nonsensical garbage he is willing to put his name to.”

From 2014-2016, the CDF issued more than AU$3.3 million (US$2.36 million) to 52 projects. The majority of the projects, unlike the film, made sense, such as new schools and upgrades to war memorials located around NSW.

However, out of all the grants provided, the money given for the film was the single largest grant of them all. It accounted for a quarter of the entire funding pool.

A Liquor and Gaming NSW spokesperson asserted that the film was a solid investment. He said that the government “undertook a thorough cost benefit analysis,” which indicated that the film would provide “significant short and long-term economic and tourism benefits, particularly from Asia.”

This past July, the fund was once again used for a questionable purpose. The government gave AU$500,000 (US$354,279) to the Million Dollar Chase greyhound races—the races that the government tried to ban in 2016. This was in addition to AU$400,000 (US$283,419) used to develop the Back to the Track grants program, which promotes “thoroughbred, harness and greyhound racecourses and clubs across regional and remote NSW.”