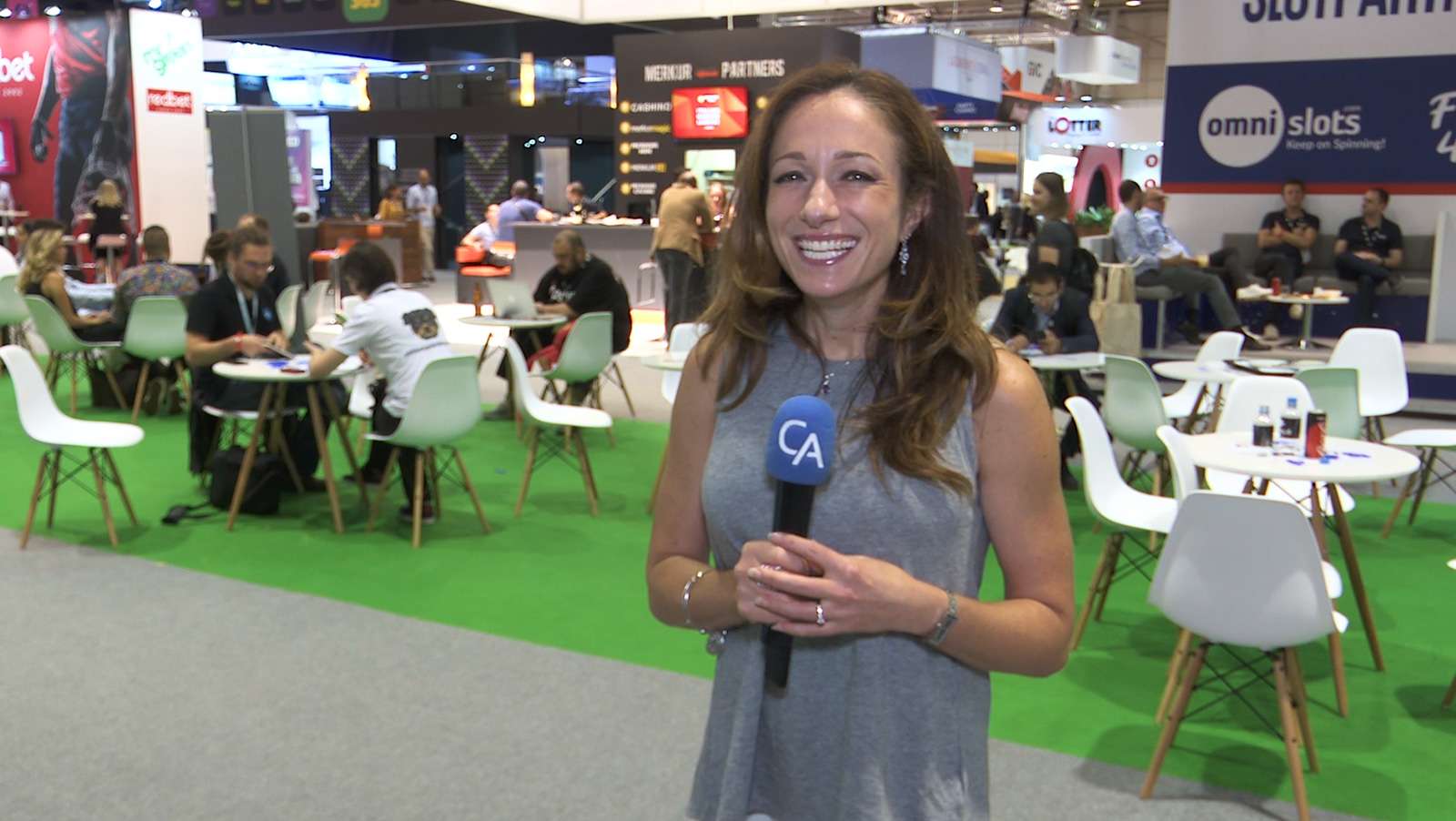 Sunny Lisbon welcomed iGaming affiliate industry professionals back to the Lisbon Affiliate Conference (LiAC) for a second day of expo hall exploration, education and fun. The typical day two vibe was flowing, with the tired face or two from a heavy night of networking the evening previous, but everyone with a smile.

That magic combination between work and pleasure has always been a predominant mantra in our industry and the events that surround it, a mantra put into practice by Hero Gaming at LiAC this year. The chilled out, “loungy” atmosphere at their booth was hard to miss, especially as it was the most happening place on the expo floor today.

Several weeks ago, CalvinAyre.com caught up with Hero Gaming’s CEO Tomas Backman to learn about their recently launched “Speedy Bet” (amongst other topics) and here at the LiAC, Hero Gaming affiliate managers were excited to educate affiliates on the new product.

“We launched Speedy casinos about two months ago and most of our affiliate partners actually know about that brand but not everyone realized that we launched a second one two or three weeks ago which is a sportsbook, so its been phenomenal to be able to talk about that”, Hero Gaming’s CMO Mikael Jansson shared with CalvinAyre.com.

When asked how Hero Gaming decided to entertain affiliates at LiAC, Jansson said his team went for a simplistic, welcoming-style booth and it most certainly did the trick.

“We tried to have a simple kind of design, to create a space where people want to hang out, open for everyone, we have competitor operators hanging out, they bring their affiliates, obviously some great music some great drinks!”, he said.

Today’s sessions featured several crypto-related panels, one with a focus on crypto and digital marketing for the iGaming affiliate industry. Speaker Nicc Lewis, CEO of Expozive, explained the background behind Google and social networks’ blanket ban on crypto and ICO advertising and the role education (or lack thereof) has played.

“So right now, officially you can’t advertize on Facebook and Google, Twitter is similar but they don’t seem to be enforcing it as much, but other digital marketing channels like Outbrain and even mail providers like Mailchimp have also banned advertising and use of crypto currency operators through their system. Its quite widespread”, Lewis shared.

“There’s a lack of education and understanding of what crypto currency is and what it means and people don’t understand the difference between Bitcoin and ICO and a CFD. It just doesn’t exist”, he explained.

When asked why we are now in this situation with advertising bans on crypto, Lewis cited ICO scams and a lack of education on crypto and blockchain tech in general.

“So what happened is a few dodgy ICOs got out and they might not have even been dodgy, the fact of the matter is only 40% of ICOs ever become successful, but people lost money and people got scared and then they put pressure”, he said.

“Then the pressure went back to government authorities and government authorities really have a less idea than even the general public does of what an ICO is, what a CFD is and what crypto currency is and then they went back to the advertising agencies like Google who have even less of an idea of what’s going on and they’re like, lets just do it all. Its just want happens”, Lewis said.

The popular subject of emerging markets for iGaming affiliates was covered, this time with a panel featuring Lisbon-based iGaming vet, Monica Rangel, COO of Global Lottery Corporations. Rangel advised affiliates to get involved with emerging markets such as the regulated US market ASAP, despite lower returns in the beginning, to carve out a space for themselves for future profits.

“So basically these markets will allow [affiliates] yes, to earn less in the initial period, but as those markets grow and get off of being the emerging markets but being seasoned ones, [affiliates] will also reap the benefit”, she explained.

“You don’t have to put all of your eggs into that basket, but it would be a good idea and I would recommend all European affiliates to start look at the US as an opportunity. Leave aside the taboo. Its not black-listed anymore. An affiliate can promote in certain territories and prepare your nest egg for two years from now”, she advised.

Despite a much more competitive market than the affiliate industry was used to ten plus years ago, there are still plenty of opportunities as an iGaming affiliate and affiliate in general. For example, Johan Styren served as the CEO of iGaming operator LeoVegas for ten years and just made the move over to the affiliate side with the launch of Dilanti Media.

“I just started an affiliate company, so I’ve moved over to that side of the business. What we’re doing different is we’re super tech focused. We’re really trying to build a proper technical platform for what we’re doing. We’re very much in it for the long term”, Styren shared with CalvinAyre.com in an exclusive interview.

When asked why he decided to make the move, Styren said a lot had to do with the fact he was up for trying something new, but he also sees opportunity in the affiliate world that is ripe for the picking.

“I think that there’s still a lot of room on the affiliate side to really build some quality companies there. Furthermore, I would also say that its an opportunity to move outside of the gambling world as well, because what we’re building is really applicable to any industry”, he added.