Home / Events / Online gambling ads face restrictions in Spain: What will this mean for the industry? 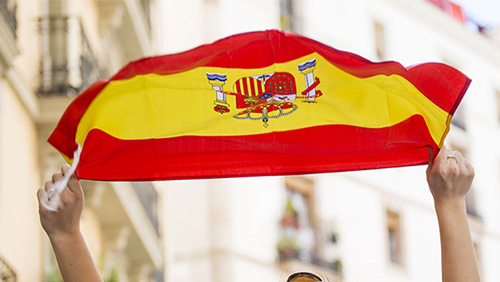 Following a budget deal between the current minority PSOE government and opposition party Podemos, gambling operators in Spain could soon face severe advertising restrictions “similar to those placed on tobacco.”

What will this mean for the industry? What else is in the budget deal? How likely is it that the proposed measures will actually be implemented? Read on to find out!

The new budget’s section on gambling (pp. 42-43) states that the proliferation of online gambling and aggressive advertising by online operators has caused “serious problems” with regard to pathological gambling behavior and gambling addiction.

In order to counter this development, the Spanish government and Podemos seek to introduce four distinct measures.

First, it is proposed that gambling advertising will be restricted in a similar manner as the advertising of tobacco products. Currently, tobacco brands are prohibited from offering sponsorships and, with a few exceptions, to advertise in Spanish media.

Second, the Spanish regulator will be asked to investigate whether additional preventive measures to increase players’ awareness of their gambling behavior can be added to the existing regulatory framework.

Third, operators must take a greater share of responsibility with regard to combating and repairing the negative social effects of gambling.

Fourth, a portion of the administrative fees paid by online operators will be reallocated to fund prevention and responsible gaming initiatives.

In particular, the proposed restrictions on gambling advertising have not been welcomed by the Spanish gaming industry.

“We see a prohibition of or excessive limitations on advertising as a step back that will negatively impact licensed operators compared to black market operators. At present, advertising is the only weapon available to licensed operators against their unlicensed competitors,” Mikel López de Torre, President of online trade association Jdigital told La Vanguardia.

Alejandro Landaluce, Director-General of the CeJuego industry association, said that although the sector is not opposed to advertising regulation, it would be unfair to equate gambling advertising with the marketing of tobacco products.

Landaluce added that any new gambling advertising restrictions must be applied fairly and thus also apply to state-run lotteries and betting pools.

Maarten Haijer, Secretary General of the European Gaming and Betting Association (EGBA), acknowledges that gambling advertising can be excessive or misdirected, but also stresses the crucial importance of advertising for steering consumers toward licensed operators:

“Problem gambling is a legitimate public health concern – particularly for those gamblers and their families who are affected by it – and all stakeholders must work more closely together to tackle it.

It is important to recall that consumer protection was the single most important reason to introduce online gambling regulation in Spain. Online gambling was legalized with the explicit goal of creating a safe, reliable, and regulated environment for Spanish consumers to play in. Advertising is an essential part of such an environment: it informs players which websites are licensed, regulated and subject to regulatory oversight by Spanish authorities. Without advertising, players will no longer be directed toward regulated offerings, which will result in lower levels of consumer protection and increasing risks of problem gambling.

Of course, that doesn’t mean that any and all advertising is good or acceptable. Despite the importance of advertising, legitimate concerns do exist about the content of gambling advertising and whether it is encouraging problematic gambling behavior. That is why EGBA supports measures that ensure advertising is responsible and informative, and does not entice problem gamblers or young people to gamble.”

Although the introduction of a near prohibition of gambling advertising would have a significant impact on Spain’s (online) gaming market, there are still several major political and legal roadblocks ahead for the government’s proposal, local experts told Gaming in Spain.

“At this stage, it is too early to tell what exactly is going to happen and how the current declaration that gambling advertising should be regulated similar to tobacco products is going to be developed.

Over the last three years, the Spanish regulator has been working on an advertising bill, which – due to changing political circumstances – has not yet been approved. Said bill places additional restrictions on the current gambling advertising rules in Spain, but can still be considered a well-balanced regulatory tool in terms of protecting consumers as well as providing good advertising opportunities to the industry.

From a political perspective, the manner in which the recent declaration is going to be implemented remains uncertain. It is not clear, for instance, how long the current government will remain in power. In case the current government does manage to stay on, it is, as of yet, uncertain how exactly the declaration will be incorporated in the advertising bill proposed by the regulator.

Thus, I would say that the next two to three months are crucial in order to see how this issue is going to be resolved.”

“It is important to bear in mind that there is still a very long and complicated path to follow before the Spanish Budget Act for 2019 is finally approved. PSOE and Podemos still need to seek support from several nationalist political groups. Also, the Partido Popular still has majority in the Senate. Additionally, the political situation is very unstable. Thus, the definitive approval of the Budget Act looks uncertain.

To further complicate matters, the current Spanish Gaming Act states that the regulation of marketing and advertising activities related to online gaming must occur through a regulatory decision (i.e. a Royal Decree). For reasons of transparency, the procedure for the approval of a Royal Decree requires that a public consultation is opened, in order to hear from relevant stakeholders.

Thus, if the current government decides to include these new advertising restrictions directly in the Spanish Budget Act, they will be ignoring the procedure set forth in the Spanish Gaming Act, as well as the voice of the industry. It would be sad news indeed for those who defend legal certainty and a stable framework for doing business in Spain.

Last but not least, the regulation on the advertising of tobacco products in Spain follows the applicable EU Directives on this matter. Trying to equate tobacco advertising with advertising activities in a completely different sector, such as online gaming, seems to be disproportionate, unfair and insufficiently thought through.”

Learn more at the upcoming Gaming in Spain Conference

To learn more of the Spanish government’s budget proposal, its implications and potential consequences, visit the 2018 Gaming in Spain Conference, as the newly proposed advertising restrictions will be a major topic at the conference.

The 2018 GiS Conference will feature: