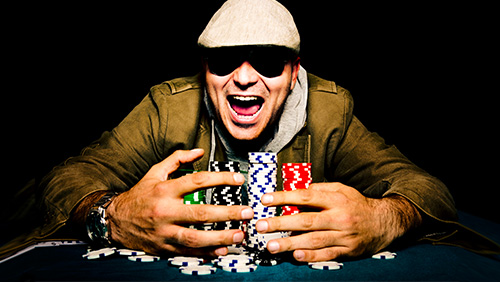 It’s time to get high on Americas Cardroom (ACR), the online poker platform. It’s not the kind of high you’re thinking of though. The portal has announced a new tournament series called the High Five tournament, which will take place every day between October 31 and November 4.

The series was first introduced this past June. According to a report by Gambling911, it is making a comeback, scheduled to coincide with Halloween. While the tournaments won’t be handing out free marijuana to the winners, they are definitely designed to be built around the drug.

Combining Halloween and marijuana was an easy target for creating tongue-in-cheek promotions. For example, according to the announcement, “Instead of candy, we’re handing out the green.” There is also a tournament that carries the theme, “Trick or treat. It’s munchies time.” If that weren’t twisted enough, there is also the “Stock up on munchies. Smoke the tables” tournament.

There will be one tournament each day and they will offer a combined guarantee of $1.5 million. The Main Event is scheduled to kick off on November 4 at 1 p.m. U.S. Eastern Time and offers a guarantee of $420,000. Each tournament will have a courtesy break appropriately scheduled to be held at 4:20.

ACR, which is part of Winning Poker Network (WPN), may not have the reach that is seen by sites such as PokerStars, but it has been gaining in popularity with a certain crowd. According to a recent report, ACR and WPN are fans with cryptocurrency enthusiasts. Cryptocurrency now accounts for 60% of the deposits on the sites that are part of the WPN.

WPN was one of the first sites to accept crypto—back in 2015—and has always promoted the digital currency for its fast transaction times and low costs. Cryptocurrency and gambling have long been seen as a perfect combination, giving users the ability to gamble and remain anonymous at the same time. The popularity of cryptocurrency has also been fueled by the security of blockchain technology, which makes it virtually impossible for any deposit to be questioned.