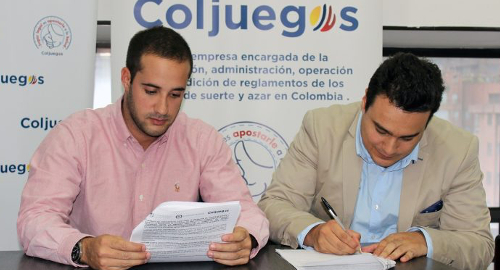 Colombia has issued its 16th online gambling license, while nearing the completion of its first inventory of all land-based slot machines.

The company plans to offer sports bets via the Megapuesta.co domain, which currently offers up only a ‘maintenance’ page that contains the single word: “Soon…” The license is valid for a five-year term.

Hidalgo also claimed that the regulator’s online licensees had so far registered over 1.5m customer accounts through the end of September, while warning that online gambling operators who cater to the Colombian market without acquiring a Colombian license could face significant financial penalties and up to eight years in prison (assuming these operators ever set foot on Colombian soil).

In 2016, Colombia became the first South American jurisdiction to pass online gambling legislation, and Coljuegos issued its first online gambling license the following year. Hidalgo previously suggested that Coljuegos would issue 17 licenses before 2018 was in the books.

The regulator has marked each registered EGM with a QR code, which Coljuegos claims will allow players to verify that the machine on which they’re playing is operating legitimately.