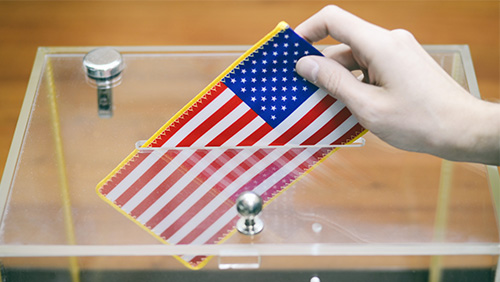 Next month, voters across a number of states in the U.S. will take to the polls to decide the fate of a number of issues, including sports gambling and online poker. It’s too early to tell if the outcome is favorable or could lead to disaster, but the recent push for sports gambling across the country should help give both activities a little boost.

The most notable state is Nevada, home to Las Vegas and the city that started it all. The current governor, Brian Sandoval, is being pushed out by term limits and the state is losing an online gambling proponent. In his wake could be the state’s current Attorney General, Adam Laxalt. Laxalt won the Republican Party primary this past June and is hoping to win a position in the big seat.

If he wins, it could spell disaster for online gambling in Nevada. Laxalt is a die-hard anti-online gaming persona who has supported killing online poker across the United States. It’s no surprise that he has often been tied to Las Vegas Sands founder Sheldon Adelson, who has paid big bucks in an effort to squash online gambling. Some have even accused Laxalt of being in Adelson’s back pocket.

Things are slightly different in California. There is a slightly warmer attitude toward online gambling, which has been discussed for the better part of a decade. However, legislators couldn’t come to a consensus and plans fizzled out. With states now able to legalize sports gambling without running afoul of federal laws, it’s possible that California could push forward with online poker.

Michigan has only recently begun a push for legalized gambling and online poker. Several bills have been introduced since 2016, but they continue to run into roadblocks. Most recently, a bill introduced in 2017 carried over to this year’s session and passed with relative ease through the House before stalling. As things pick back up this fall, it might just make it through the House on its way to the governor’s desk.

New York’s Senate passed online poker legislation in 2016 and 2017. The state’s Assembly ignored it in 2016 and 2017. With the upcoming elections, the bill has some support through Assemblyman J. Gary Pretlow, chairman of the Assembly Racing and Wagering Committee, who says that he only needed eight democrats to sign off on the bill for it to be put to a vote during the last session. He’s confident he can find the support he needs in the next session.

Last, but not least, is Florida. Florida voters are going to take to the polls to decide if they want to take control of gambling. Currently, new gambling offerings are approved by lawmakers; however, a ballot measure is in place that will determine if the Sunshine State’s residents will have the ultimate say on new gambling ventures. It is going to be a contentious battle, as Walt Disney and the Seminole Indian tribe, which owns the Seminole Hard Rock and other casinos, have poured millions into an effort to defeat the amendment.

The struggle to legalize online poker in the U.S. continues. There is no clear winner—the proponents and the opponents constantly battle for position—but, with a little bit of luck, the world’s most popular card game will emerge victorious.

Betting on our future – How the UK election could shape the gambling industry in 2020
Sam Gascoyne
3 December 2019
.