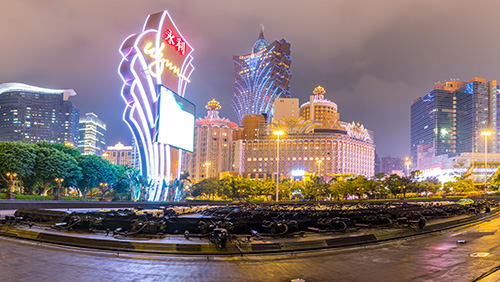 Macau’s Golden Week, which marks the celebration of the anniversary of the founding of China, got off to a strong start. However, it didn’t hold for long, as visitor numbers quickly dropped off on the second day of the weekend.

On September 27, Macau saw 51.8% more visitors than it did on the same pre-holiday day last year. It recorded a total of 138,122 tourists that Thursday, which certainly would have been a nice surprise to all venues in the city. However, it didn’t last and Friday saw only a 1.6% increase year-on-year, with 135,853 visitors being registered. It was even worse on Saturday, which declined 12.1% year-on-year. Only 114,298 tourists paid the city a visit that day.

The good news is that the total number of tourists visiting Macau across the first six days of the holiday period increased. There were 11.8% more visitors than seen last year and a jump of 18.9% in mainland Chinese visitors. In total, 677,078 mainlanders visited the gambling Mecca during the week.

The Chinese State Council had declared October 1-7 as the national holiday period. However, with September 29 and 30 following just prior and being weekend days, they were expected to bring additional benefit to the city.