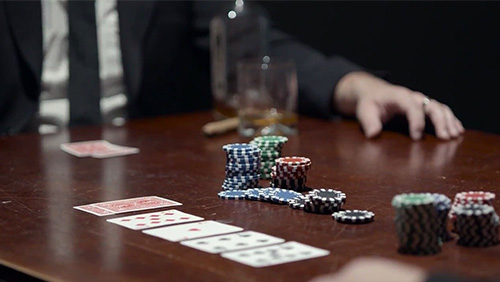 In a report by Poker Industry Pro (PIP) last week, the France-based poker portal Winamax is facing a lawsuit initiated by six players. The players argue that the company “failed to protect the integrity of its gaming operations,” allegedly not doing enough to prevent poker bots from being run on the site.

PIP explains that a recent investigation revealed that two players had been employing bots on the site. The cheating mechanisms were found active in Sit-N-Go games on the portal. Bots can serve a lot of useful purposes—such as eCommerce website chat tools—but cheating isn’t one of them.

One of the first players to launch the suit is Maxime Lemaitre. On June 9, posting under the name “batmax” on the France-centered Club Poker community board, Lemaitre published the results of his investigation, identifying the two culprits. Winamax immediately suspended both accounts.

The poker site then invited the two players to visit their office in Paris in order to play in front of Winamax employees. One of the players, “VictoriaMo,” agreed, but the other, “Twopandas,” didn’t. VictoriaMo played more than 400 Sit-N-Gos at limits of €100 and €250 and, following a subsequent investigation that lasted a month, was found innocent. The investigation concluded that Twopandas was guilty.

Both users had their accounts suspended. VictoriaMo, since he was exonerated, was able to keep his winnings, but Twopandas lost his. Winamax said about the suspension, “Given the suspicion surrounding [VictoriaMo] and the general climate of mistrust … it was decided as a precaution not to lift the suspension of his account.”

Subsequent to the investigation results, Winamax agreed to compensate players that had been affected. However, the compensation plan wasn’t satisfactory to the players, who tried to seek clarification. One player reportedly received a response from Winamax that read, “We regret that we cannot provide you with the details of this control transaction and the associated offsets due to our privacy policy.”

Due to the lack of clarification, and the assumed unfair compensation, the players contacted a lawyer to file their lawsuit. No information was provided regarding how much Winamax has already paid out in restitution, nor if the lawsuit is seeking damages on top of, or in combination with, those payouts.