A Ph.D. student in the School of Computer Science Department at Carnegie Mellon has said Pokerbots will beat the top humans in the next 2-3 years after earning an award for his latest creation: Tartanian 8.


It’s the World Series of Poker (WSOP) in Las Vegas. Heads-up specialist Jason Les is talking to Tatjana Pasalic about his recent battle against the supercomputer Claudico. 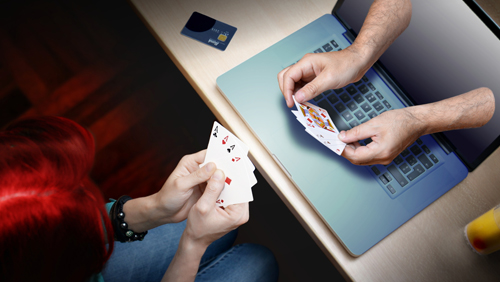 Pasalic asks Les if he would do it all again?

“If the terms were right, yeah I would do it again.” Said Les.

A new Pokerbot designed by the team at Carnegie Mellon has made the news this week. Baby Tartanian 8 took down the Annual Computer Poker Competition in the total bankroll category and third place in the bankroll instant run-off category. The Association for the Advancement of Artificial Intelligence made the announcements.

Ph.D. student Noam Brown is the genius behind the newest creation. His mentor Tuomas Sandholm, a professor in the Computer Science Department, helped him with the project. Speaking in Carnegie Mellon’s student newspaper, The Tartan, Brown was quick to highlight that he created his Pokerbot for learning much more than how to beat the crap out of poker players:

“This algorithm is not specific to poker,” Brown said. “It should be generally applicable to any strategic interaction where you have multiple agents and asymmetric information.”

In the spring of 2015, Carnegie Mellon’s Pokerbot Claudico (otherwise known as Tartanian 7) took part in an event title Brains vs. Artificial Intelligence. Jason Les, Dong Kim, Bjorn Li and Doug Polk were the humans. The four players battled against the Pokerbot over an 80,000 hand sample playing No-Limit Hold’em Heads-Up. The humans came out on top, but not significantly.

The tournament attracted a lot of attention in mainstream media. After crunching the numbers a member of Claudico’s design team, Sam Ganzfried, told the press that they would use the information to come up with a new and improved model.

“I think we can have a new program that can beat humans in a year.” Said Ganzfried.

Although Tartanian 8 was built from the ground up it was developed as a successor to Claudico. Researchers have been able to analyse the data gathered during the Brains vs. Artificial Intelligence match up, and come up with a list of strengths and weaknesses that have been refined to create a model Brown believes will beat the top human players in the next 2-3 years, and not the timeframe that Ganzfried first predicted.

Whether it happens in one, two or three years Jason Les seems to agree that it will one day happen. During that Chats with Tats he asserted that it ‘was only a matter of time before it {Pokerbot} is better than us or too close to call.’