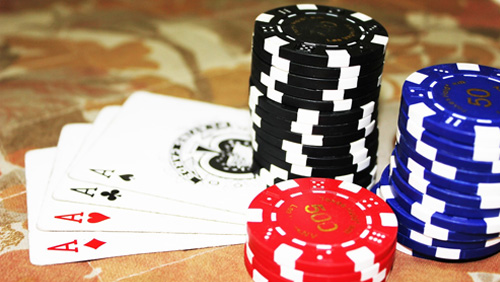 partypoker continues to roll out their monthly bot-cull report, and this time the figure is 94-bot controlled account closures in the month of April with more than $150,000 heading back to affected players.

Do you go for a walk in the woods knowing that a bear shits in those woods? Maybe if you’re Daniel Dvoress, but if you’re like me, and the most dangerous thing you come across when walking through the woods is a bee, then you don’t go anywhere near the woods full of bear shit.

When I think about bots my crow’s feet kick into life. My thoughts on the matter are shaky. The icy stream for me is the likelihood that the bot makers will decide to become clowns, perfume makers, or head to Vietnam to open up a Pho place.

As long as there is online poker, there will be people wanting to win by less scrupulous means, and this means creating better bots, and more robust cloaking devices. All of which means, the online poker rooms better have the right kind of angel hovering over them, or a top of the range bot detection system.

I don’t know enough about the topic, and it’s a challenging one to deal with from a research perspective. The bot makers don’t want to share their secrets, and neither do the online poker rooms. Stalemate.

partypoker claims that player reports were responsible for 38.15% of the bot-controlled accounts found in the dot-com market, with five of the 55 accounts in the dot-EU market found in the same way.

On the one hand, this is great news. partypoker is committed to this monthly feedback protocol, and it shows a level of transparency that’s rare in this industry. On the other hand, we can see that partypoker has a bot problem, and can confidently assume that they won’t be alone (The Winning Poker Network has already begun closing down bot-controlled accounts, and being vocal about it).

During a conversation with the Danish high stakes star, Henrik Hecklen, during the Triton Poker Super High Roller Series in Montenegro, he told me of his lack of desire to play online cash games because of the ‘ethical problem,’ and he’s not the only one voicing a concern to me this week.

I have voiced an opinion amongst several high stakes players that perhaps the answer to the bot problem is to include them in the ecosystem rather than try and squeeze them out. Could the poker economy continue to grow if we knew bots formed part of the liquidity but were clearly recognisable from human players.

So far, nobody has sided with me on this opinion, believing that an awareness that bots are allowed to compete in online poker games would lead to a reduction in liquidity as people refuse to compete, frightened that bots will not only beat them at the tables, but steal their credit card information; identity, even.

Like I said, my thoughts are shaky on this one.

During my discussions it’s clear that there’s a real fear that online cash games could go the way of the Dodo, especially high stakes, if the ethics and morality can’t be kept in check with the existence of bots being the primary concern.

Are partypoker doing the right thing by being open about their problem?

The numbers will tell, and so far, partypoker’s digits keep heading north. So maybe, I will stick to what I know best, mindlessly sitting behind a laptop tapping keys as someone recently told me, and leave the online poker rooms to focus on what we once took for granted, and that’s to safeguard the safety of players and their accounts.