Online gaming’s Pinnacle, has increased brand awareness in the esports industry after becoming the official betting partner of the BLAST Pro Series. 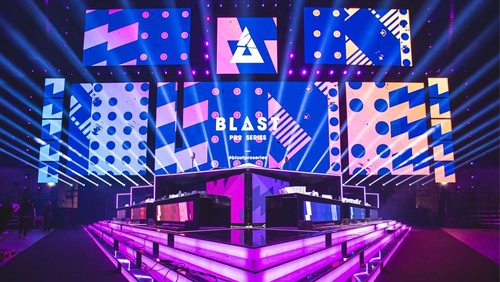 I think the ice truck killer, turned him upside down, drained him of juice, but somehow he managed to find a way of living. Albino-like, minus the pink eyes. Black refuse bags hang beneath his lids.

The lights are on.

The adults mock him as he sits in the corner playing on his iPad.

“Put that thing away.”

He does as he is told.

He always does as he is told.

The knife beneath the bed used to relieve the pressure, and to save the family that don’t understand him should a gang of armed guards enter his home under the fanfare of clashing Kalashnikovs.

He stayed at my house once.

That night we heard bombs going off. I turned out the lights, and we watched as a group of armed men ran across the hospital rooftop firing automatic weapons.

I called the police.

“What would we have done, had they come in?” I thought aloud.

George told me exactly how to disarm them and save the day, using kitchen knives, scissors, and chopsticks.

Where did you learn that I asked?

The World is Changing

Wouldn’t it be great, if despite his parents continually telling him to stop playing ‘those stupid games’ that George eventually becomes a pro gamer, competing for the likes of Astralis in the world’s top Counter-Strike: Global Offensive (CS: GO) tournaments, like the BLAST Pro Series.

The latest incarnation of that event recently took place in Istanbul, and it was the first time that the sports betting brand, Pinnacle, flew into the cerebellums of thousands of young men and women, going crazier than the fans in Wham’s heyday.

The winner of the event was Astralis who made the final without losing a single map before going on to beat MiBR by two maps, to one. The Danish stars banked $250,000 for the win, added to the $500,000 they earned for winning FACEIT Major: London, recently.

I guess Astralis know how to shoot the shit out of terrorists.

The US Government should hire them in a coaching capacity.

Pinnacle remains the official betting partner of the Formula One of esports competitions until the end of 2018. Next up, is The Royal Arena, Copenhagen on the 3rd November.

Check out the madness.

The move is an unusual one given that CS: GO is a game developed by Valve, who in August, during a meeting of the minds, told Dota 2 teams not to perform the reverse cowgirl with gambling companies or else face the consequences.

One wonders why Valve hasn’t taken the same action with CS: GO.