Home / Business / The coming crash of the eSports Skins market 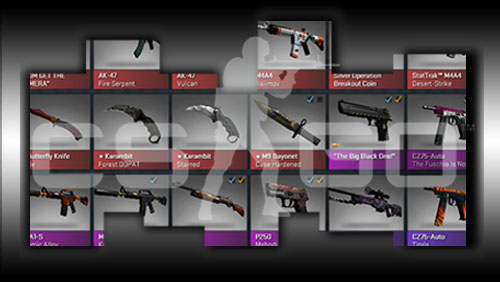 At its most exciting, eSports is an arena bursting with screaming fans, watching, and betting, as teams compete in video war games projected on giant screens. Fans place their bets, legal or illegal, with their cell phones. Some bet various forms of eCash. But most wagers are skins.

Skins started as prizes that video war game players could win to change the appearance of their virtual weapons. Since the prizes did not make the weapons more powerful – the changes were only electronically skin deep – they gained the name “skins.” Skins are any virtual items players can earn by playing video games.

One of the most popular eSports games is Valve Corporation’s Counter-strike: Global Offensive® (“CS:GO”). CS:GO awards skins through play and promotions, including in-game. Valve allows players to transfer these skins. More importantly, Valve created Steam. Steam allows operators of independent, secondary markets to buy and sell these virtual prizes for real money. Without Valve’s cooperation in accepting that a transfer of a skin has taken place, there could be no secondary markets. The skins, after all, only exist in Valve’s computers.

Die-hard fans believe that skins really are worth the market price. Of course they are, at that moment. And they will continue to be worth what they paid for them, until the market crashes, as it inevitably must – because neither the items nor their apparent scarcity are real.

I did a quick search and found an AK-47 for sale for use in CS:GO, for $296.51. Here’s the description: “Name Tag: ‘Mastah blasta;’ Exterior: Minimal Wear. Powerful and reliable, the AK-47 is one of the most popular assault rifles in the world. It is most deadly in short, controlled bursts of fire. This memento from Ruins has been painted with a fire serpent motif. If you want to survive in the streets, learn to spit fire. The Bravo Collection. This item was granted during Operation Bravo to celebrate the Operation’s community maps.” This is all very impressive, if you are into that sort of thing. But it is not even an actual toy gun; just some lines of code.

Is it worth $296.51? Only so long as there is a willing buyer and a willing seller. And everyone pretends that this fantasy market is real.

For what happens if the game designers decide to sell the identical Mastah blastas, in even better condition, to anyone for 99 cents? Then the market price will instantly drop from $296.51 to 99 cents. Because there will be no willing buyers, despite the presence of many desperately willing sellers.

There are no restrictions, other than the criminal statutes against fraud, preventing Vance Corporation from creating a thousand more interesting, and cheaper, similar weapons. And this does not even take into account the question of how long this particular game will remain a fad, before it is replaced by the next big thing.

We’ve seen this picture before, with Beanie Babies and baseball trading cards: An artificial shortage in an artificial market. It’s a typical speculative bubble, fed by fans who think, “This time, it is different.”

Only, it never is.