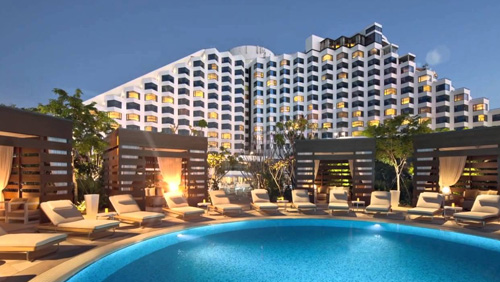 Crown Perth has fallen out of favor with rich Asian gamblers. The result is a drop in revenue of almost 10%, according to an announcement by the Gaming and Wagering Commission. From July 1, 2017 to June 30, 2018, the casino saw its gross gaming revenue (GGR) fall to AU$564 million (US$409.8 million).

The drop was propelled by a staggering 24% decline in revenue from baccarat, a standard favorite among Asian gamblers and typical for those with extremely deep pockets. In total, the casino’s baccarat GGR was $163 million (US$118.4 million). Since 2014, baccarat GGR has fallen a total of 57% at the casino. At its highest, it was bringing in $383 million (US$$278.3 million).

The Crown Resort company, owner of Crown Perth, had hoped to promote itself as the ultimate gambling destination for rich Asian gamblers as part of a $650 million (US$472.5) million redevelopment plan. That plan got off to a strong start, but a crackdown on foreign gambling companies by Chinese officials has resulted in a decrease in popularity.

That crackdown hurt baccarat, as well as Crown. In 2016, 19 Crown employees were arrested for participating in crimes that went against China’s stiff anti-gambling policies. The employees, one of whom was Crown senior executive Jason O’Connor, were eventually released and Crown agreed to pay a hefty fine for their actions.

Crown revenue also dropped due to a slowdown in other gaming sectors. Blackjack and roulette slipped to 8% and 11%, respectively, only attracting $34 million (US$24.7 million) and $53 million (US$38.5 million).

The electronic gaming machine sector shored up the company’s revenue in spite of a drop to $263 million (US$191.2 million) in turnover.

Crown has had a rough couple of years. Revenue has been sliding and public scandals have continued to plague the company. It has been called out for allegedly fixing slot machines, a claim that it has repeatedly denied in spite of several whistleblowers coming forward to confirm the activity. It has also lost almost US$500 million due to failed investments over the past decade.

The biggest surprise was when James Packer announced that he would be giving up his position of Crown Resorts executive chairman. Packer, who owns just under 50% of the company, made his announcement earlier this year, stating that he needed to relinquish the position due to mental health issues.