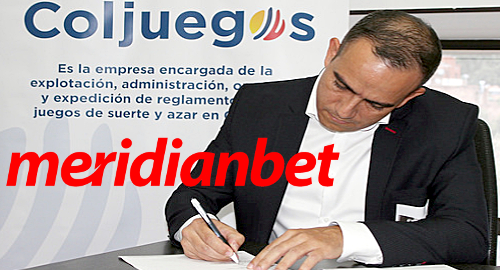 Colombia has issued its 15th online gambling license to a local subsidiary of Meridian Gaming.

On Wednesday, Colombia’s Coljuegos gaming regulatory body announced that it had awarded its latest online gambling license to Meridian Gaming Colombia SAS, which plans to offer sports betting via its Meridianbet.com.co domain (which currently features only a password log-in).

The Malta-based Meridian operates both B2C and B2B operations in Europe and began expanding into South America, Africa and Asia a few years ago. In addition to online operations, Meridian also runs over 600 retail betting points of sale across the globe via its Bet Shop Manager product.

This is the third license that Colombia has issued this month, following the diplomas awarded to Alfabet and Teclino, and Coljuegos president Juan Perez Hidalgo restated his prediction that the market will have 17 approved online licensees before the year is through.

In the meantime, the effort to restrict Colombian punters’ access to internationally licensed gambling sites appears to be ramping up. Last week, Coljuegos announced that its blacklist of unauthorized gambling domains had hit 1,805, thanks to cooperation with the Ministry of Information Technologies and Communications, the Police Cybernetic Center and local internet service providers.

The number of blacklisted domains has surged rapidly since Coljuegos first identified some 325 offending sites prior to the launch of Colombia’s regulated online market. The dubious honor of the first officially blocked site went to the Curacao-licensed Play2wincasino.

Much of the revenue generated via Colombia’s online gambling licensees is redirected towards local healthcare initiatives, something Coljuegos has attempted to ingrain into local residents’ minds via the slogan “playing legal is betting on health.” Conversely, Coljuegos says playing with unauthorized sites “represents a ‘blood loss’” for Colombian citizens.

Colombia became the first South American jurisdiction to formally authorize online gambling in late-2016, and issued its first official online license the following June. To date, Coljuegos says Colombians have opened 1,267,018 accounts with its online licensees, up from just 977k in July.