The Federated Indians of Graton Rancheria in California has a million reasons to celebrate. Forty-three million, to be exact. An arbitration panel has shot down a lawsuit by Kenwood Investments, a real estate development firm out of Sonoma, Calif., that had sought to receive $43 million from the tribe. 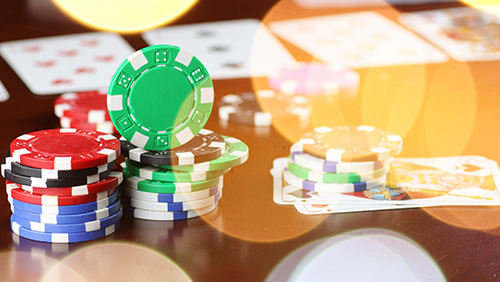 The ordeal began about five years ago when the tribe and Kenwood founder Darius Anderson signed an agreement. That agreement specified that Kenwood would help the tribe buy land and develop a casino, and, in return, receive 4% of the casino’s revenue for the first seven years of operation.

The contract began in 2003, but Kenwood backed out in 2005. It would be another eight years before the casino, the Graton Resort & Casino, would open. Anderson filed his lawsuit the following year in San Francisco Superior Court.

While the contract initially stipulated a 4% payment, this was later reduced to 2.5%. Anderson was suing for loss of income and a breach of contract on the part of the tribe. However, the tribe countered that Kenwood did not fulfill its obligations as stipulated in the contract and was, therefore, not entitled to anything.

The arbitration panel agreed with the tribe. In addition to not honoring the contract, it was revealed that Anderson was engaging in some less-than-ethical practices, which played a part in the panel’s decision.

When negotiating with the tribe, Anderson had urged it to allow Station Casinos out of Las Vegas operate the casino. What he “forgot” to mention was that he had a working relationship with Station. The casino operator was a client of Platinum Advisors, a lobbying firm owned by Anderson.

Additionally, Anderson didn’t provide any other bids from competing operators—the Station bid was the only one he submitted to the tribe. He also failed to let the tribe know that the land they were purchasing for their casino was land that was under a restoration project by conservationists. That project had been going on for more than four decades.

Anderson certainly seemed to have made some shady deals, which brings into question his current projects. He is now developing Treasure Island, a San Francisco project designed to offer a large retail space, public parks, 8,000 residential units, a ferry terminal and organic and wind farms. He was also appointed earlier this year by Gov. Jerry Brown to be a member of the California Community Colleges Board of Governors.