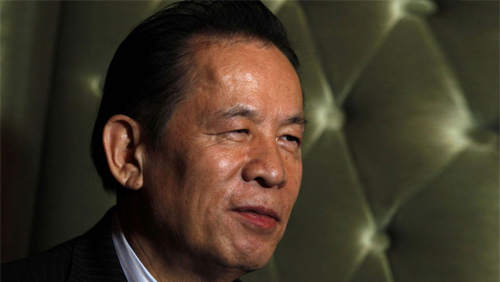 In 2017, Kazuo Okada was ousted as the chairman and director of the company he founded over allegations of fraud. He denied all wrongdoing, but in August was arrested by Hong Kong authorities, supposedly on fraud charges, and subsequently released. Now, the embattled businessman is asking that his operations returned to him and has turned to the courts to try and make this happen.

Okada’s company, Tiger Resort, Leisure and Entertainment, Inc. (TRLEI), founded the Okada Manila casinos resort. In a filing with the Parañaque City Regional Trial Court from August 29, he claimed that his removal from TRLEI was unlawful and asked that the court give him back control of the company, GMA News reported.

The 24-page filing argued that “Mr. Okada’s removal as a shareholder, Director, Chairman and CEO of TRLEI is null and void ab initio pursuant to Section 28 of the Corporation Code. It produces no legal effect whatsoever.” It further stated, “Under Section 28 of the Corporation Code, only TRAL, which owns 99.9 percent of TRLEI, may remove Mr. Okada as a shareholder and director of TRLEI.”

Documents supporting the claim that his removal was illegal were also submitted by Okada. He said in a separate statement, “These trumped-up charges were merely meant to harass me and justify my illegal ouster. Far from being valid cases, their baseless accusations only serve to demonstrate the grand conspiracy perpetrated by my detractors who betrayed my trust. Their real goal is to make sure that my good name is ruined.”

Okada is the founder of Okada Holdings, Ltd. It holds all the shares of Universal Entertainment Corp. (UEC), which, in turn owns TRAL. TRAL is the parent company of TRLEI.

Okada was cleared of perjury and fraud charges earlier this year by Parañaque prosecutors. He had been charged with fraud for a couple of deals, including one over a $7-million contract with Aruze Philippines Manufacturing, a company that is reportedly controlled by Okada.