Home / Poker / Online poker opponent returns to the US Senate 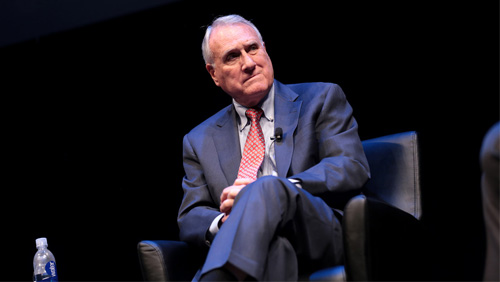 When I hear is name, the first image that pops into my head is Carol Anne in “The Poltergeist II” moving exclaiming, “They’re back!” Jon Kyl, one of the men behind the poker industry-changing Unlawful Internet Gambling Enforcement Act of 2006 (UIGEA), is coming back to the U.S. Senate. If any poker players suddenly felt a cold chill last Monday, now you know why and you can thank Arizona Governor Doug Ducey.

Ducey has appointed Kyl to represent the state in the Senate. He is taking the seat of John McCain, who recently passed away from cancer. The only good news is that Kyl cannot stay until the regular term ends in 2022 unless he’s elected. According to Arizona law, a special election must be held in 2020 to vote on who will fill the seat until the end of the term. Kyl has already said that he’s not interested in serving out the rest of the term, but, once he gets in, he’ll more than likely go back on his word.

Kyl developed an animosity of the gambling industry well before helping craft the UIGEA. In the 1990s, he wrote a piece of legislation, along with Representative Bob Goodlatte, that sought to prohibit online gambling except for dog and horse racing. Apparently, some forms of online gambling are good, others are bad.

The bill didn’t make it through the channels and Kyl was defeated. Determined not to make the same mistake twice, he and Goodlatte decided to do what good politicians do—cheat. They snuck the UIGEA inside another bill, the Security and Accountability For Every Port Act—a bill that was entirely unrelated, but that was known to receive approval—and the rest, as they say, is history. The UIGEA was never discussed, debated, dissected or otherwise reviewed by Congress before being approved.

The UIGEA made it illegal to transfer money from illegal gambling sites, but never defined illegal gambling. It caused a number of sites to shut down out of an abundance of caution, changing the landscape of online poker in the country.

The law wasn’t officially published until 2010 due, in part, because of the many questions that were left unanswered with the bill’s language, including how to enforce it. Several members of Congress began to discuss dissolving the bill, but Kyl threated to block several nominees for the Treasure Department and he was able to get his way.

Perhaps he’s just an upset failed poker player that is looking to exact revenge. Or perhaps, as is more likely, he has been financed by those that would like to erase the mere thought of gambling for the rest of humanity’s existence, like former U.S. Senator Blanche Lincoln. Either way, hopefully his stay in the Senate is short-lived.