Home / Business / The Mouthpiece: Everybody wants to regulate sports betting 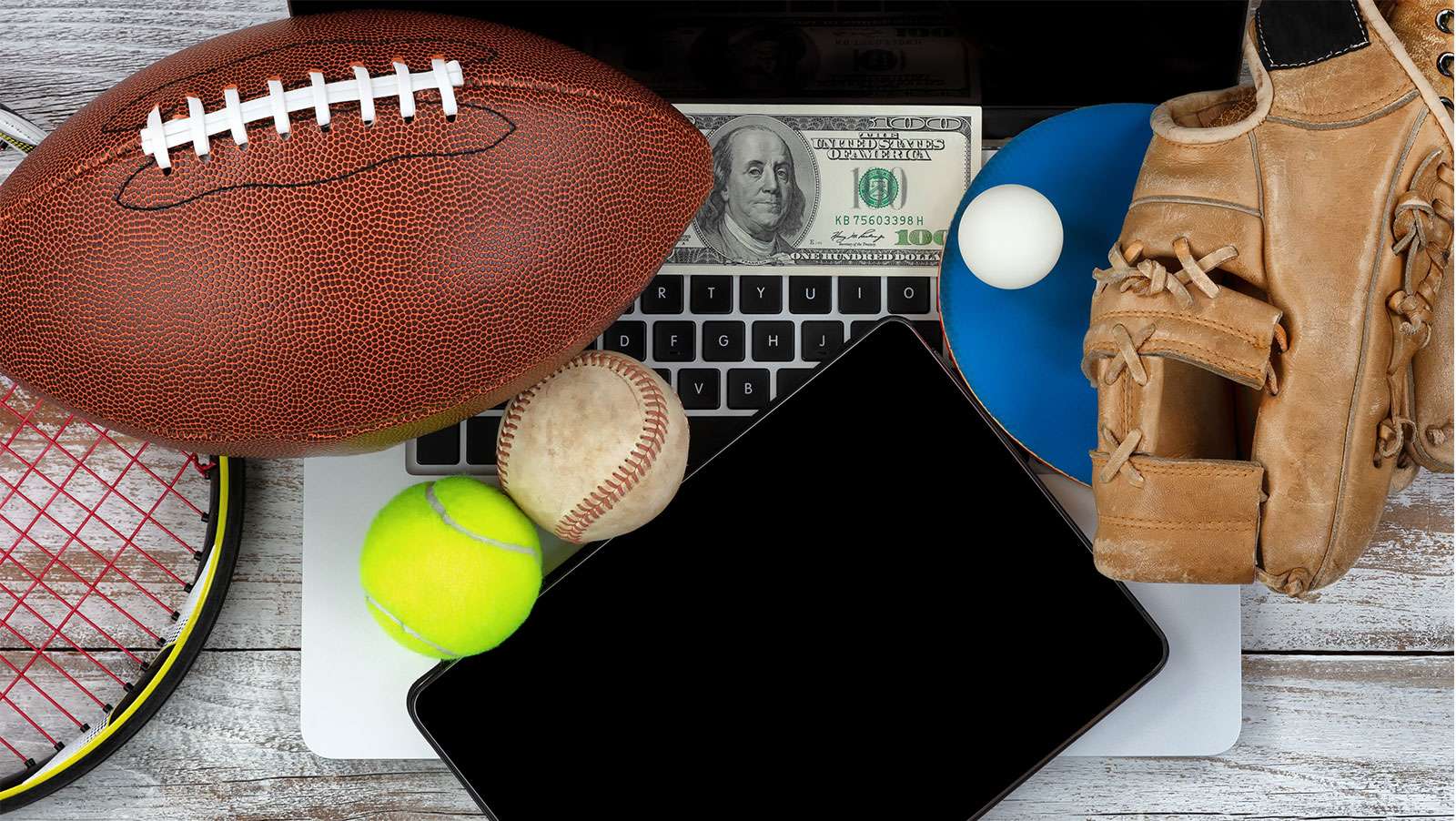 “Whenever you find yourself on the side of the majority, it is time to pause and reflect.”

There have been many twists and turns since the U.S. Supreme Court overturned the Professional and Amateur Sports Protection Act (PASPA) in the recent case of NCAA v Murphy. Some were new twists and turns, some were not, but together they make a very interesting picture.

It was not news, particularly, when veteran Senator Orrin Hatch (R-UT) announced he would be sponsoring legislation to put newly allowed sports betting under federal control. Hatch, a dyed-in-the-wool conservative, would have vastly preferred the old regime to stay in place—that is, a federal law forbidding both American states and American gaming tribes from authorizing money bets on sports. (He was one of the prime movers behind PASPA, after all.) But if it’s inevitable, if we have to have sports betting, then according to Senator Hatch we should have it under federal control. The same rules for everybody, only certain kinds of bets accepted. And of course, new federal fees and taxation.

It was newsworthy, however, when from the other side of the Senate aisle, Minority leader Chuck Schumer (D-NY) also came out in favor of a national law regulating and controlling sports betting. So with what appears to be bipartisan support, a national licensing regime for sports betting in the U.S. is a shoo-in, right?

In spite of appearances, the two proposed bills represent very different regulatory approaches. To be sure, both advocate federal supervision of sports betting nationwide. But the primary purpose of the Hatch approach seems to be customer protection—a uniform system of administration and reporting nationwide, the better to protect the young and vulnerable, and ensure the purity of sports is unsullied.

The Schumer angle also contains the expected guidelines: no players under the age of 21, advertising must not be too enticing for the young and vulnerable, and the licensees and participants should be ready to aid law enforcement against money laundering and other offenses. It too claims to be protecting the customer. But in doing so, it promises to distort the market and give away monopoly power over it.

Now for both, the main argument is that close supervision will help the leagues preserve the purity of their respective games.

And it turns out that the purity of games is no small consideration. Participation in sports, team sports especially, occupies a prized place among the social virtues of our brand of civilization. Playing sports is supposed to impart physical fitness, an instinct for competition, balanced by a sense of fair play and an appreciation of teamwork. It also helps to bolster civic and communal pride. The star players who arise from sporting backgrounds provide role models, especially important to disadvantaged and minority youth. And so on. Given all the values that sports uphold, it is no surprise that cheating is held in especial infamy. It is not merely a crooked scheme for money, but practically a sacrilege against our national character. The memory of the Black Sox Scandal, when a crooked gambler induced Chicago’s baseball team to throw the 1919 World Series, is still vivid. The evil reputation it gave to gambling in general and sports betting in particular, lingers to this day.

It is only now, a hundred years later, that professional and college sports leagues have even begun to discuss the possibility of associating with betting enterprises at all, on any terms.

And some very stiff terms are being proposed. First, there were the so-called “integrity fees” to the leagues—in effect a surtax on gambling businesses who offer bets on league sporting events. Supposedly, the funds were to be used to police the Wicked Gamblers, and ameliorate the harm caused by their nefarious activities.

This business model was of course a nonstarter.

First, nobody wants to increase their own cost of doing business, and secondly, it is not the gamblers nor the athletes who are in need of close watching. These days successful athletes make far more than they did at the turn of last century. No mere bribe is going to tempt them. And any major athletes under suspicion of cheating would automatically lose their posts as sponsors for various products and services, which can be more lucrative than the team salary itself. Therefore, with no incentives to wield, gamblers lack the power to cause games to be thrown.

If anyone’s integrity needs a long look, it is just possibly the conduct of the leagues and team owners themselves. Quite apart from enjoying rich holidays from U.S. anti-monopoly and labor laws, major-league sports franchises have developed the habit of squeezing cash-strapped American cities into building new stadiums as the price of staying in town. But in reality, teams can and do move to greener pastures when they feel like it. Oakland, California still owes almost $100 million on the stadium improvements it needed to entice the Raiders back from LA; all the same, the team is moving to Vegas. Just up the road, the NBA Kings still owe the city of Sacramento about $30 million, “restructured” from an actual loan of about $79 million the city gave to the team in 1997, to renovate an arena that is no longer in use. For the highly touted new arena downtown, Sacramento mortgaged its parking fees for a $270 million bond issue. We could extend the list to pages, city after city, coast to coast. But the pattern is clear. In almost all such cases, the civic improvements and economic benefits promised by the new stadium or arena are exaggerated, and more than a few of these projects have failed to live up to the rosy income predictions. The next act, as always, is making municipal taxpayers take the haircut and make up the difference.

Monopoly by any other name

Up to this point, the Hatch and Schumer plans are practically identical.

But the Schumer plan goes much farther than merely requiring a federal gambling license. Under the Schumer plan, not only will sports betting be limited to federal licensees exclusively; the only information that those licensees may use to calculate and generate odds and offers and combinations are the official league data. Which the sports leagues would be happy to provide. At a price, of course.

By forcing licensees to use official league data and statistics to develop models, predictions, and offerings to the betting public, the Schumer plan would restore the upper hand to the leagues and the owners. Under the now-extinct provisions of PASPA, the leagues could sue to stop any state that proposed to offer sports betting. (This is essentially what killed PASPA in the case of NCAA v Murphy). 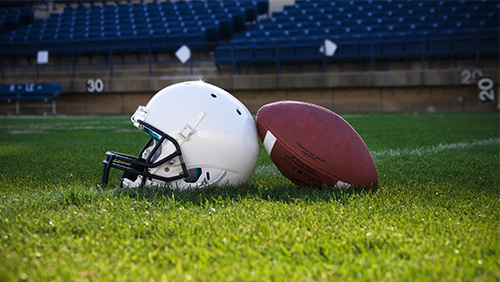 But by granting them the sole right to promulgate the morning line, the Schumer plan will make the leagues even more powerful than they were before. There is no mention of guaranteed access for anyone. That means leagues and owners would be able to dictate which gambling businesses are allowed to offer sports betting in the U.S. at all.

And this immediately raises the question of the Commerce Clause of the U.S. Constitution—the part that says, “Congress shall have the power to regulate commerce with sovereign nations, among the several states, and with the Indian tribes”.1

Congress cannot simply turn over access and control of sports betting odds to parties who have a stake in how it’s regulated. This would be the equivalent of giving Exxon or Royal Dutch Shell control over who gets oil drilling licenses.

Another tender spot is the area of free speech. There are lots of handicappers and observers offering their advice and estimates regarding sporting competitions. To allow only one of them to set the official lines and results would have the same effect as forbidding the others from rendering any opinion at all. (And it has been long established that publishing odds on a contest is not, by itself, gambling.)2

Furthermore, establishing what amounts to a monopoly on the data used to make the odds implicates federal antitrust law. Specifically, the Sherman Act forbids any participant in a given trade or commerce to acquire the power to control prices and unreasonably restrict competition. 3

Under the Sherman Act,4 a party has monopoly power if it has, over any part of the trade or commerce among the several states, a power of controlling prices or unreasonably restricting competition. Making all other odds makers and reporters unacceptable at a stroke would surely seem to be establishing unreasonable restrictions.

The measures proposed in the U.S. Senate regarding federal licensing of sports betting range from the totally unnecessary—the states have proven they are equal to the task of supervision—right through to the outright un-Constitutional: Congress does not have the right to give away its regulatory power door to distort the market and suppress commercial speech by restricting legal odds making to the sports leagues alone.

There is good news: first, with only a few weeks left in the Congressional legislative calendar, there is little if any chance that either of the two main competing regulation plans, Hatch or Schumer, will actually go to a vote, or even make it through the necessary committees. Second, Senator Hatch will retire at the end of 2018.

And lastly, gambling is not a hot topic right now. Lawmakers are much more involved with the policy changes, domestic and foreign , that this very controversial administration has brought about, or is trying to bring. Unless sports betting can be linked to one of the big issues of the day, odds are the powers-that-be simply won’t have time to deal with it, one way or the other, for the foreseeable future.

All the same, the two biggest hazards to expanding gaming, and retaining the gains it has made, are still out there. Gambling continues to be a stock bogeyman of American political theater, providing the anti-gambling lobby with a ready-made soapbox and political leverage. And the ceaseless itch of government at all levels, for ever more control over everything, is never far away. Adherents of these views are still free to act at any time.