Home / Bitcoin / FunFair’s David Greyling: Blockchain is all about the education 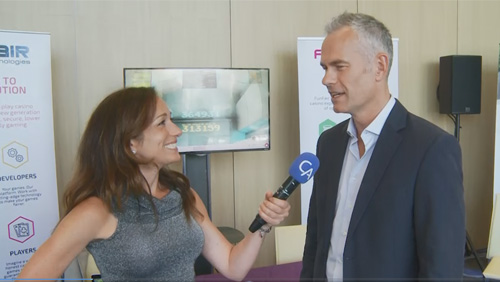 At the World Gaming Executive Summit 2018 last July, the word blockchain could be heard just about everywhere. As David Greyling, who took the job in 2017 as chief operating officer of startup FunFair Technologies, articulates: “The amount of conversation that took place at the WGES conference, the amount of panels, the amount of CEOs that have been talking about blockchain, talking about the trust element and the concerns they have around [it], how they take players, and how they work and engage with regulators, that will suggest to us that blockchain is the enabler for that change that will facilitate and really support their business requirements.”

Although many know blockchain as the underlying technology of cryptocurrencies like Bitcoin, it is only recently that the technology has started becoming a household name. “About a year ago, it was a buzzword. About six months ago, people started having a conversation, and they started to pretend that they knew what it was about. And now people are starting to become more familiar with the benefits of what blockchain truly provides them,” Greyling said.

Being knowledgeable about blockchain is different from applying the technology to business, and Greyling understands the obstacles in getting others to see potential in the use of smart contracts and tokens.

“With any new technology and a pioneering space such as blockchain, it is all about the education. We see ourselves as an enabler of that educational process. We’ve been attending a lot of conferences here. We’ve been looking to educate through a lot of publications and thought leadership pieces that we’ve been working on. Jez San, our founder, is a noticeable figure in this space, and he’s very passionate about those benefits and how we, as a company, can bring that to the gambling industry as a whole,” Greyling said.

Regulations to him are not to be shunned, or evaded, but are part of the educational process. “Quite a few of the regulators we’ve been having conversations with have been very progressive in adoption, specifically Gibraltar and Malta. I think that we see them as leaders in this space, but others have also shown interest. We want to be a friendly regulated partner, we want to help facilitate the education, but also support them in introducing a regulatory framework that is friendly and that embraces the benefits of blockchain, which at the heart provides player protection,” according to Greyling.

FunFair is just beginning to assert its influence in the industry. “Having already now established we’re a live business, our product is in production… We’ve been following up with conversations with those operators. We just signed our second game developer agreement with Big Wave Media, and so we’re very excited to be looking at 2019 and beyond at bringing more game providers onboard and delivering more content to our platform.”