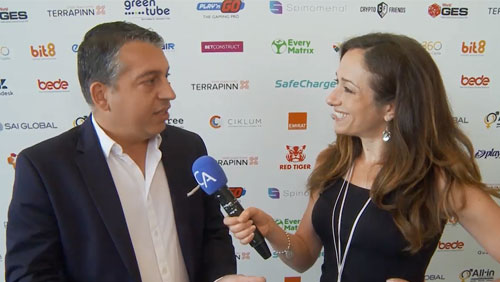 In this interview with CalvinAyre.com’s Becky Liggero, Afilexion Alliance Partner Reuben Portanier dissects Malta’s newest cryptocurrency and gaming regulations that will come into play in August.

Malta made history in early July, when its parliament unanimously passed three bills that will set up the regulatory regime for the blockchain and cryptocurrency market. Compared to other jurisdictions that have passed similar laws, Malta’s detailed and comprehensive framework is said to offer the most legal certainty.

The first blockchain-related bill that Maltese lawmakers approved was the Innovative Technology Arrangement and Services Act (ITAS). In a nutshell, the ITAS paves the way for the establishment of exchanges and companies within the cryptocurrency market.

From an exchange point of view, Reuben Portanier, a partner in Afilexion Alliance, predicts that Malta will see some interesting times following the enactment of these bills. He notes that Malta has already seen a big interest from the largest crypto exchanges after the bills passed.

“Three pieces of legislations were passed in Parliament… One is the establishment of a regulator in digital technology, which primarily will look into the aspects of blockchain technology. But there are the two other regulations that, in all, can sum up all the ecosystem that has to do with cryptospace and blockchain space,” Portanier told CalvinAyre.com. “So now, there’s a regulation of how to do a proper ICO. The insurance of having [know your customer], so as to make the banking sector more comfortable when it comes to dealing with operators or dealing with people who are actually using cryptocurrencies. There’s also an innovative way of how to regulate virtual financial assets… There’s also something, which I think is the cherry on the cake, which is the licensing of crypto exchanges.”

Aside from the blockchain regulatory framework, Portanier said Malta will also implement a version 2.0 of its gaming regulation. Essentially, the new law will streamline gaming licenses to make compliance much easier for gaming operators, according to Portanier.

The former Malta Lotteries and Gaming Authority CEO added that the new regulations recognize the difference between a startup and an established operator, giving the latter more space to create more business.

Portainer, like many other iGaming professionals, has taken an interest in blockchain technology, recognizing the outstanding solutions it provides for the online gambling world.

“Well, I think that there’s an evolution even from the gaming side that will eventually embrace blockchain technology, because there are lots of advantages even for the gaming sector to embrace the technology,” he said. “Not only simply on the payments side, but even on the technology itself, which it can lend itself to provide gaming operators and regulators a trusted platform, whereby even, for example, when you’re talking about [anti-money laundering] or regulatory forms, if you are talking from the compliance side, there could be lots of advantages there as well.”