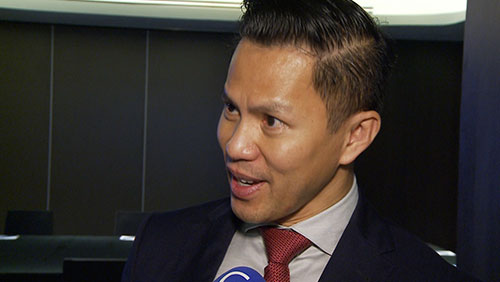 In this interview with CalvinAyre.com’s Stephanie Raquel, nChain CEO Jimmy Nguyen explains how Bitcoin Cash and blockchain technology can be beneficial for the gaming industry.

Bitcoin Cash (BCH), the only true bitcoin and the world’s only functional cryptocurrency, is set to have a second network upgrade on May 15, paving the way for the digital currency to be more appealing to the retail and eCommerce sectors.

The network upgrade seeks to increase the initial block size of 8MB to 32MB and restore certain OP_Codes for advanced functionality. Crypto analysts predict that one of the industries that will benefit from the Bitcoin Cash upgrade is the gambling industry.

nChain CEO Jimmy Nguyen pointed out that most operators are looking for a cryptocurrency that is fast, robust, and has a massively scaled network. This, Nguyen said, is not going to be possible in blockchains other than Bitcoin Cash.

Bitcoin Cash, the true remaining Bitcoin as envisioned by the Satoshi Nakamoto white paper, will be able to power all transactions that the gaming industry needs because the upgrade will unleash the smart contract and tokenization capability of the digital currency, according to Nguyen.

“[Bitcoin Cash] got bigger blocks, emission to scale the network massively, and power this payment system where the transactions are super fast, fees are super low, and are easily confirmed,” Nguyen told CalvinAyre.com.“Because of that power we see in Bitcoin Cash, the network, as well as the cryptocurrency has usage for all the industries, including gaming.”

There are several ways that Bitcoin Cash’s blockchain can provide functionality in gaming, according to the nChain CEO.

First, Nguyen said trust less betting is now possible because there’s no need for an escrow agent to facilitate a bet with Bitcoin Cash’s smart contract. He added that that smart contracts will make it possible to manage and self-execute what happens in a wager.

“For example, you and I place a bet on eSports, without needing an escrow agent, the money we could bet could be held in a Bitcoin wallet and depending who wins the bet, it is automatically coded to send funds to whoever the winner is, without needing somebody in the middle,” Nguyen explained.“That’s the way that Bitcoin Cash network can decentralize and eliminate intermediaries and make the gaming world more efficient.”

Aside from smart contracts, Nguyen said nChain is now working on tokenization with the use of the Bitcoin Cash blockchain. The idea was to tokenize in-game items that are very popular in online gaming and create a digital marketplace minus the broker or exchange in the middle, according to Nguyen.

“A decentralized market place where players could trade, sell and exchange, you can track the prominence or ownership of it to make sure it isn’t counterfeit and has actually traded hands and that can all be managed in the Bitcoin Cash blockchain in the future,” he said.

Aside from gaming, Nguyen said Bitcoin Cash’s smart contracts and tokenization may also be used in other industries such as entertainment, media, and retail.

“Bitcoin Cash can be used as currency, making payments cheaply and faster, but its underlying blockchain empower all kinds of decentralized technologies to do things, like smart contract,” he said.“So, I think, those are the reasons why Bitcoin Cash is so powerful for all industries, both as a cryptocurrency cheap payments and as the basis of a data network that can power amazing functionality.”