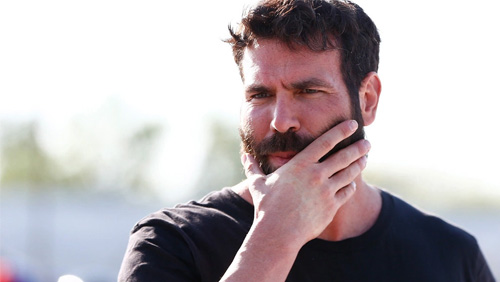 Towards the end of August, poker player and “King of Instagram,” Dan Bilzerian became an Armenian citizen, along with his brother, Adam. Of Armenia descent, and given his preference for being out of the ordinary, it shouldn’t be too surprising that he would not only seek an Armenian passport and enlist in the Armenia Armed Forces. What came next shouldn’t be too surprising, either. Bilzerian is wanted by the police in Azerbaijan for weapons violations.

Subsequent to his being sworn in as a citizen in Armenia, Bilzerian supposedly took off to neighboring Azerbaijan for a little celebration. As he’s prone to do, he published his antics on social media and was seen firing a variety weapons and driving armored vehicles. He posted the photos with a title of “First day as Armenian citizen,” but the activity reportedly actually took place in Nagorno-Karabakh, a disputed area between the two countries that is recognized internationally as belonging to Azerbaijan.

Thanks to his antics, the Prosecutor General’s Office of the Republic of Azerbaijan is seeking an Interpol arrest warrant and has accused Bilzerian of “illegally acquiring grenades, a gun and other firearms and demonstratively opening fire” within the boundaries of the disputed region.

In normal diplomatic fashion, Bilzerian responded to the allegations, saying, “If these inbred goat fucking Azerbaijani officials get Interpol to arrest me, make sure to smoke my weed.” Perhaps, instead of throwing models off of rooftops, he should have allocated that time to reading, “How To Win Friends and Influence People.”

Bilzerian is certainly no stranger to trouble. He allegedly made several attempts to become a Navy SEAL, but was kicked out for a “safety violation.” He was banned from a nightclub in Miami, Florida, in 2014 after reportedly kicking a model in the face. Bilzerian was also arrested in 2014 at Los Angeles International Airport on bomb-making charges out of Las Vegas, but the charges were dropped. Less than a year later, he pleaded no contest to “negligently failing to extinguish a fire in the open” and was ordered to pay a fine of over $17,000.

The Consulate General of Armenia in the U.S. is working with Interpol and trying to convince them to dismiss the Azerbaijani case.