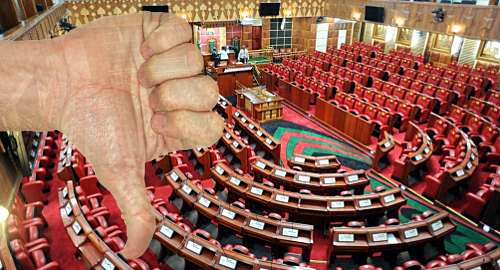 Kenya’s betting operators have lost their latest attempt to roll back the nation’s new 35% tax on gambling revenue.

On Saturday, local media outlet Daily Nation reported that members of parliament had voted against a proposed amendment to the country’s Finance Bill that would have reduced the 35% tax on gambling revenue to 15% while also reducing gambling operators’ payments to social causes.

On January 1, Kenya’s new uniform 35% tax on all gambling revenue kicked in, creating a harsh new economic reality for the nation’s betting, lottery, gaming and competition operators, who previously paid tax rates as low as 5% (lotteries) or 7.5% (betting).

State treasurer Henry Rotich was said to have personally lobbied MPs last week to reject the amendment recommended by the National Finance and Planning committee. Rotich’s efforts wouldn’t have come as much of a surprise, given that he originally supported a 50% gambling tax before cooler heads prevailed.

This is the second defeat for efforts to roll back the new 35% rate, following the National Finance and Planning committee’s bid to attach the proposed 15% rate to the Tax Laws (Amendment) Bill 2018 in June.

The new 35% tax resulted in some Kenyan operators closing their local operations, while leading betting operator SportPesa scrapped its lucrative sponsorships of local sporting bodies, although it recently inked new deals with some leagues at a lower financial commitment.

The future for Kenyan operators looks even more gloomy after the local media regulator warned that it’s planning to enforce “stern” rules on operators’ ability to market their wares during periods when children might be watching, which the regulator suggested means pretty much anytime the sun is shining.

News of the tax cut’s defeat came just as SportPesa CEO Ronald Karauri threw a swellegant bash to celebrate his 40th birthday. The Nairobi News reported that the party, which in thematic style was thrown at a local casino, included guests from the entertainment and political spheres, while the birthday boy puffed away on a KSH13k (US$130) cigar.