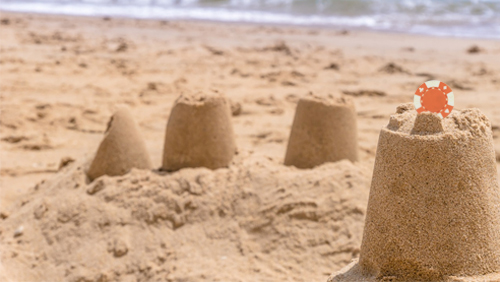 Lui Che Woo, founder and chairman of Hong Kong-based Galaxy Entertainment, is “very confident” that his company’s planned Boracay casino will be built, despite recent orders from the Philippine government.

In a CNBC ‘Squawk Box’ interview with Emily Tan asking about the Boracay project, Lui said, “We are very confident. From the beginning until now, our plans have not changed.”

According to Lui, the casino aspect of the project has been overblown. He said, “Gambling will actually be a small portion. We expect a few dozen tables, as this is not our focus for Boracay. We hope it will become a truly good tourism spot and return to the beautiful island it once was. This is very different to what is being said out there. We don’t pay attention to unofficial commentary.”

Just two weeks ago, Philippine Tourism secretary Bernadette Romulo-Puyat denied any casinos will be operating on the island. This comes several weeks after Philippine President Rodrigo Duterte declared that “no casinos outside of what was existing” would be allowed. This was in the context of the cancellation of the land lease for casino investor Landing International Development Ltd.’s new resort in the country.

Galaxy already obtained its license last March, and looks to begin construction by next year, and open by 2021. In April, Boracay was closed to tourists supposedly for a period of six months, due to reports of dumped sewage turning the island into a “cesspool,” as Duterte termed it.

Lui saw his resort addressing the problems the island has had of late. “We want to restore the beautiful natural scenery to how it was before. Our plans are for a low-density environment, like in the Maldives, instead of a big casino floor like in Manila or other places that are dense or busy… [The Philippines] is no longer the top-tier natural scenic place it once was due to pollution and substandard facilities,” he told the news outlet.

Apart from the Philippines, Lui also spoke of Galaxy’s plans for Japan, saying that “focus will not just be on gaming.”

Japan is looking to award casino licenses beginning in 2020 after it passed the Integrated Resorts Implementation Bill in July. “We want to invest there and will… work with good partners,” Lui said, declining to mention potential partners by name.