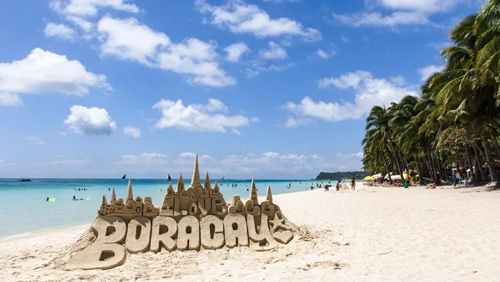 Not even the six-month closure of the idyllic, Philippine island holiday destination of Boracay has stopped Macau-based casino operator Galaxy Entertainment Group (GEG) from proceeding with its $500 million integrated resort project.

GMA News Online reported that the controversial multi-million dollar casino resort in Boracay is on track for a 2021 opening despite recent reiterations from the Philippine government that the popular island getaway will remain casino-free.

GEG’s local partner, Philippine-listed gambling operator Leisure and Resorts World Corp. (LRWC), pointed out that the six-month rehabilitation of Boracay has not affected its casino project in the island since they were able to finish what they needed to do prior to the closure of the island.

This included the purchase of 23-hectare lot in Barangay Manoc-Manoc, which was considered to be ‘alienable and disposable’ property, according to LRWC vice president for legal affairs Katrina Nepomuceno. Nepomuceno has not given a definite timeline for the actual construction of the brick-and-mortar facility in Boracay but she said that the original 2021 opening of the integrated resort is achievable.

“It is actually very helpful that the DENR is doing all of these the investigations, testing… We are actually getting feedback from the government about what’s in the island, identifying where the problematic areas are. It is actually helping us to build our plans. So hopefully when it reopens we can move along,” she told local reporters at the sidelines of the company’s annual stockholders’ meeting on Friday.

However, the LRWC executive’s statement quickly contradicted by Philippine Presidential spokesman Harry Roque, who insisted on Monday that President Rodrigo Duterte would never allow a casino to be built in Boracay. Roque warned that business firms shouldn’t test “the political will of the President on the issue of casinos in Boracay,” reminding both GEG and LRWC that the license that state regulator Philippine Amusement and Gaming Corporation (PAGCOR) issued to them was only a provisional one.

“Noting that the provisional license is not a license itself. It is conditional, it is provisional. It is subject to the happening of conditions which will never be fulfilled because the President has said he will not allow it,” Roque said, according to The Manila Bulletin.

In March, PAGCOR approved the construction of GEG’s integrated resort on Boracay after granting the group a provisional gaming license. GEG announced that it planned to start the construction of its multi-million dollar casino resort by 2019 and expected to be completed in three years’ time.

If allowed to proceed, Galaxy’s casino project would supposedly generate $100 million in revenue annually for the company.