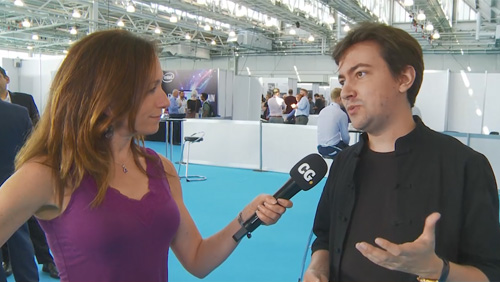 BitGuild CEO Jared Psigoda spoke with CalvinAyre.com’s Becky Liggero about how blockchain is going to disrupt the gaming industry.

Jared Psigoda, as someone who has been engaged in the buying and selling of gaming currencies since 1999, has very definite ideas of applicability of virtual currencies inside and outside of the gaming world.

“Whatever chain it is, one of our biggest issues out there right now is no. 1 the transaction time, which Bitcoin Cash [BCH] through its large block sizes is quite able to resolve,” he said, noting how BCH’s 32MB block size allows for more transactions than BTC, whose 1MB blocks have not been offset by Segregated Witness, which places some transaction data outside the blockchain. The same limitation exists for Ethereum, a common platform used for gaming apps, where transaction costs have risen to unheard-of levels.

“On Ethereum right now, to buy a $1 item could cost you $2 in ‘gas’ fees, and 10 to 15 minutes in waiting to get that actual item,” Psigoda said. “Ethereum, ESL [token] say they’re basically the operating systems, but they’re operating systems with no application.”

He said it’s a race now to resolve issues of transaction time and fees, “developers are going to flock to whichever blockchain is able to do that.” Currently, leading blockchain development and research outfit nChain is already looking at ways to allow for the migration of Ethereum-based ERC-20 tokens to BCH.

With crypto markets down since the beginning of the year, there is a need to present practical solutions made possible through blockchain.

According to Psigoda, “Gaming is a hundred-billion plus [dollars]-a-year market. It’s got a lot of young, tech-savvy people that are quick learners, game designers that are great at building experiences for new users that have as little friction as possible for them to get to try something out. So I think gaming is going to bring a lot of people to this industry, if we’re able to create these blockchain games that are actually fun and engaging for the user.”

Psigoda points to initial game offerings [IGOs] as making an impact, allowing people from different parts of the world to participate in gaming development.

“For companies like us, we want to go out, we want to raise tens of millions of dollars, hire great legal teams, great accountants, whatever. But for a lot of small startups in our industry, in the gaming industry that got maybe five, 10 people, they’re located in South America or Asia or Europe or anywhere for that matter, so this is allowing developers, through selling items, to raise $50, $100, $200,000 fairly quickly. It’s bringing the player community into the development because they’ve put skin in the game essentially. If the game is successful, they’re able to take those items they purchase and turn around and sell them to other players who missed out on the initial game offering,” he said.

He said that the concept of item ownership had spurred the creation of BitGuild. The terms of service for traditional games keep one from owning items within the game. “The gaming company can, for any reason whatsoever decide they don’t like you, they can shut down your account. They can eliminate all those things you worked your ass off to acquire in the game, and there’s nothing you can do about it,” Psigoda said, but with blockchain games, items accumulated are tokenized, to be exchangeable for digital coins, and spendable in the real world.