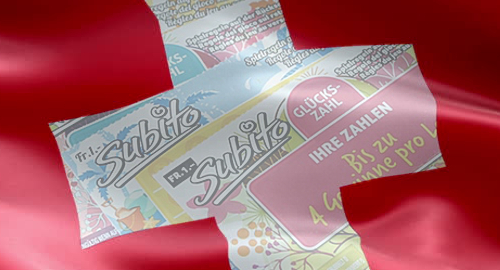 Switzerland suffered a decline in lottery and sports betting turnover in 2017, while the use of virtual private networks (VPN) has soared since the government passed its restrictive new online gambling law.

Figures released this month by the Swiss Federal Office of Justice show lottery and betting turnover hit CHF2.81b (US$2.84b) in 2017, a decline of 6.4% from 2016, which benefitted from a record-high Swiss Lotto jackpot of CHF70m. Gross gaming revenue from lottery and betting products was down 5.4% to CHF942m.

Combined sports and race betting turnover amounted to CHF184.3m, down around CHF10m year-on-year, while revenue fell around CFH3m to CHF58.3m. These betting figures were dominated by horseracing, which accounted for CHF130.6m of 2017’s turnover and CHF34.9m in revenue.

Switzerland’s gaming market is bracing for a major shakeup following a referendum in June that saw nearly three-quarters of voters support the country’s new gambling legislation, which will require internet service providers to block the domains of international gambling operators who fail to come to terms with a local brick-and-mortar casino partner.

That list of eligible international operators could be a short one, as the government recently proposed a five-year ‘good reputation’ yardstick – defined as not having accepted bets from Swiss punters in the five years preceding any deal with a local casino partner – by which to judge companies as suitable to participate in the new regulated online market.

The new rules are set to take effect on January 1, 2019, but the country’s online punters appear to be getting a head start on raising a middle finger to their government’s prohibitionist instincts. Shortly after the referendum, Swiss broadcaster SRF reported that VPN providers were seeing a surge in registration from Swiss customers.

According to NordVPN’s Jodi Meyers, the company experienced a 20% increase in Swiss customers in June, a surge that Meyers suggested was likely due to the referendum’s negative outcome (at least, for gamblers).