Amendments to Australian Capital Territory’s (ACT) gambling laws are underway, and to be finalized for presentation before the end of 2018, according to ACT Attorney General Gordon Ramsay. 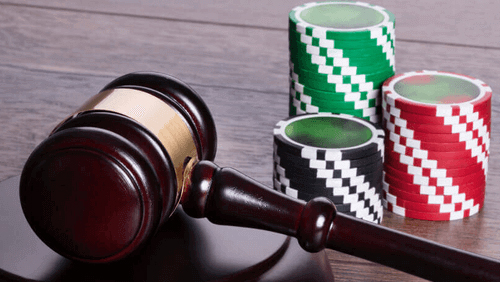 According to the Canberra Times, the changes are intended to clarify provisions on problem gambling and will require casino employees and board members to undergo further training on the matter.

Another amendment will require casinos to have a trained staff member on standby whenever a poker machine is running. There will also be changes to self-exclusion laws, which will make it easier for casinos to keep out problem gamblers who request to be denied entry into a casino but later change their minds.

The Canberra Times earlier reported that the ACT government had been remiss in ensuring that casinos’ mandatory contributions were being spent as intended. This is based on findings of the ACT auditor-general after an inspection of the casinos, which are required to give 8% of net gaming machine revenue to community groups.

Industry association ClubsACT has asked through an e-petition for the Legislative Assembly not to divert the 8% contribution to a centrally administered fund, as is being proposed. Instead, the association asked the ACT government to engage in consultations with stakeholders, to conduct a report on the community groups currently receiving the funds, and to provide “a thorough economic analysis of diverting any portion of community contributions to a centrally administered fund, including impacts on current recipients of community contributions and the overhead costs associate with the operation” of such a fund.

ClubsACT also criticized the federal district for saying their taxes on gaming machines were the lowest among states and territories in Australia. Although the tax rate in the top bracket was lower at 23%, ClubsACT pointed out that the tax-free threshold was only AUD$300,000 compared to AUD$1 million in New South Wales.