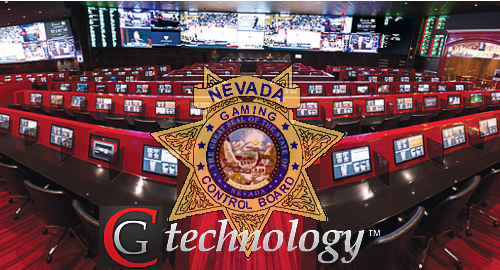 Sports betting technology provider CG Technology (CGT) has been fined for the third time by Nevada regulators after reporting more flaws in its software.

Last week, the Nevada Gaming Control Board (GCB) published a document detailing a settlement that will see CGT pay $250k for a variety of infractions, including allowing individuals from outside Nevada to place sports betting wagers in violation of both state and federal law.

The out-of-state wagers were placed between 2016 and 2017 and were self-reported to the regulator by the company. At the time, CGT claimed it would adjust its software to prevent further occurrences but “failed to properly deploy” those tweaks to its mobile betting app’s geolocation functionality.

CGT’s software also accepted hundreds of wagers at the exact moment that its betting odds were being adjusted, leading to some players receiving winnings that were greater than expected while others received less than expected. Even more worrisome, the software accepted multiple bets on games and events that had already concluded.

CGT was also found to have improperly configured a retail betting terminal, which allowed users to wager on events at different odds than were available from other CGT betting channels.

As a result of the cockups, CGT has been ordered to bin its “permanently disapproved” software and transition operations to a third-party betting platform within six months. In the meantime, CGT’s operations at seven Nevada race and sports books will be allowed to continue.

This is the third time that Nevada regulators have taken CGT to the woodshed, including a $1.5m settlement in 2016 for other software glitches and a $5.5m fine in 2014 stemming from a former exec’s messenger betting antics. Federal regulators also hit CGT with a $22.5m penalty in 2016 for its connections to illegal gambling and money laundering operations.

The GCB said the comparatively small $250k penalty this time around was in part due to the company having come forward volunatarily to confess its shortcomings. However, the settlement needs to be confirmed by the Nevada Gaming Commission at its latest meeting on August 23.

Moreover, CGT’s inability to stay out of the news media will undoubtedly hamper its ability to launch operations in other US states that have either already authorized or are contemplating allowing their gaming licensees to add sports betting to their product mix.