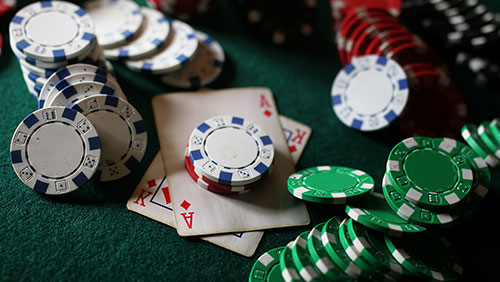 A few lucky poker players from the 888poker online poker portal could find their way to Malta. The poker site is giving players a chance to win a seat at the Battle of Malta (BOM) €550 Main Event for as little as $0.01. The tournament offers a guaranteed prize pool of €1 million (US$1.16 million).

The series of tournaments will run from October 25-30 and include an ample selection of NLHE and PLO games. In addition to the Main Event, there will also be a Ladies Tournament, a €165 PLO Double Chance, a €220 Final Battle Turbo, a three-day €1,320 High Roller, a €330 Deepstack Turbo event and a three-day €245 “Siege of Malta” tournament.

888poker’s Battle of Malta package includes the Main Event buy-in, accommodations at the Hotel InterContinental, travel money, access to the BOM VIP party and a 888poker LIVE kit. In addition, the BOM Main Event winner will also receive the LIVE kit for the London event in November, including accommodations and entry into the Main Event.

Last year’s tournament attracted 2,074 entries, setting a new attendance record. It was the largest poker tournament ever seen on the Mediterranean island and set the stage for an even bigger turnout this year. Given that the event has been called the “Best Low Buy-in Tournament in Europe,” it’s no surprise that the field keeps growing.

888poker will offer a series of satellite tournaments for the BOM until October 14. All 888poker qualifiers will enter the Main Event on Day 1c on October 27 and will have the chance to mix it up with 888poker ambassadors Sofia Lovgren and Ana Marquez, both of whom are expected to be at the event.

According to 888poker senior VP head of Business-to-Consumer Guy Cohen, “Malta is a perfect poker destination and we at 888poker are thrilled to be sponsoring this year’s BOM. Year on year, the event delivers an amazing experience to poker players of all levels, and with nearly three months of qualification ahead of us, we’re anticipating a large number of players to take advantage of this great opportunity to try and win packages.”