Home / Poker / GGPoker to host Battle of Malta in November 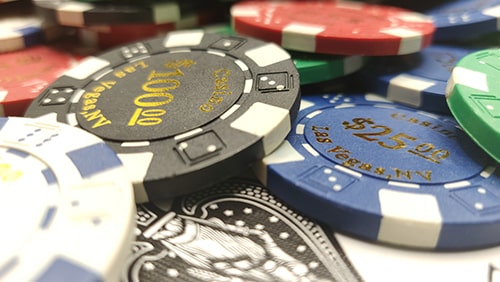 GGPoker have announced that they will be the hosts of the Battle of Malta, including the $3 million Main Event.

With so many live events heading online, who hosts them is the biggest question of all. GGPoker have already brought 54 WSOP events to the masses to make the 2020 World Series of Poker Online Series a huge success.

Originally scheduled for slightly earlier in the year, the Battle of Malta players will only have to wait until November now. With the series taking place on GGPoker between November 1st – 22nd, the Main Event, which costs just $550 to play, will have a guarantee of $3 million.

Initially billed to take place in early October, players will not mind one bit that it’s taking place online givien that live poker tournaments are almost certainly not going to take place properly until the Coronavirus vaccine is found or the virus is no longer classed as a pandemic.

“I’m genuinely excited to announce that the Battle of Malta 2020 will be hosted at GGPoker,” John Scanlon, Director of Live Events and Sponsorships at GGPoker eulogised. “It’s an honor to be unveiled as the organizers’ preferred online partner, and I’m confident that this year’s Battle of Malta will be bigger and better than ever!”

Slawomir Świtalski was just as enthusiastic, saying: “It is with a heavy heart that Casino Malta had to postpone the much-awaited Battle of Malta live event, but we’re elated to partner with such a prestigious brand as GGPoker. We look forward to seeing everyone in Malta in 2021 for a very special Battle of Malta.”

If this latest live event is converted to GGPoker will the same success as the World Series of Poker was back in the summer, then it easily set up a situation in the New Year where GGPoker are the primary site to go on to play live events, along with rivals such as partypoker, who host WPT events as well as their own tour events and PokerStars, whose WCOOP and SCOOP events online have always provided strong support to their live tours.

The Battle of Malta may be taking place online, but if it has the same spirit of the live events, then it’ll be enormous fun and players by thousands upon thousands of players. Here at Calvin Ayre, we happily wish that happens and look forward to announcing another boatload of big winners on GGPoker when the Battle of Malta gets underway in six weeks’ time.